In 2011, 25 million amateur and professional people played tennis in the U.S alone[9]. People enjoy the game so much that they are willing to pay an instructor approximately $20 – $80 per hour[1][7][14] just to learn the tricks of the game. But as they don’t want to pick up tennis balls after their training, so some of them end up paying an extra fee for the service or hire a personal ball-boy to do the work for them. However, many tennis players don’t want to spend the money for hiring a ball-boy to pick up all the tennis balls they used even though they don’t like to do this tiresome task because they feel the job is trivial but the cost is expensive. So the solution proposed is the creation of a fully autonomous ball-boy robot that would automatically pick up tennis balls while the user is playing a tennis game or during training hours. This solution was reached by building a robot called ScouterBot, which as its name implies, performs the task of “scouting” by using a robot sensing strategy based on ultrasonic sensors, being its principal objective to pick up tennis balls in an open environment without depending on human control. Prototyping and issues of implementation of the ScouterBot are discussed and explored on the paper…   ( Read Full Publication )

Zoos and aquariums are visited by 700 million people every year;  they are popular tourist locations all around the world and  generate billions of dollars of revenue yearly. More than nine  million people in the US own a small household fish tank, which  indicates a desire to bring some of the aquarium features into their  homes.  We considered the viability of real-life indoor aquariums. We  found that the deficiencies that lead to the problem are closely  related to costs of operation (maintenance), spacing (for housing)  and personnel (for upkeep). In this paper, we analyze the problem,  provide our current solution to the issue, and discuss future uses  of the solution developed in order to tackle this problem.  Our solution is to bring smart robotics and smart algorithms in the  form of autonomous robotic fish aquariums into the every-day  home in order to deliver awe- inspiring simulated aquariums. The  solution tackles the cost of spacing (by moving the aquarium into  the air), the personnel (by removing the humans and replacing the  fish with robots) and the costs of operation (by requiring just air  space and helium). For this solution, we created environment-aware fish simulators  that were capable of replicating basic fish functions (such as  swimming) along with full usage of avoidance maneuvering,  ultrasonic sensing systems, and Bluetooth wireless networking. A  key part of our solution is attempting to improve the existing user  interaction between the current generation of robotics and humans  from our current rudimentary simple button control to more  sophisticated algorithms such as Fast Fourier Transform for voice… (  Read Full Publication )

GunBot: Design Concept of a Semi-Autonomous UGV with Omnidirectional Mobility and Auto-Target Tracking

Modern day firefights during military operations in the Middle East have resulted in a high number of casualties and wounded soldiers due to the exposure of deadly attacks. However, those highly risky activities are inevitable for military operations. Unmanned robots will lead to a new era of reduced casualties. To perform dangerous activities without those casualties, unmanned robotics is a valuable approach. We have developed a semiautonomous Unmanned Ground Vehicle, named GunBot, which is designed for battlefield operations as well as police patrol. GunBot has two superior features; Omni-directional Mobility based on the mecanum wheel mechanism which provides Gunbot with quick response to movement in any direction and an auto-Target Tracking system based on image processing techniques which enables one operator to drive GunBot and to track a target simultaneously. In this paper, we provide a prototype of GunBot and show the feasibility of the design of GunBot. 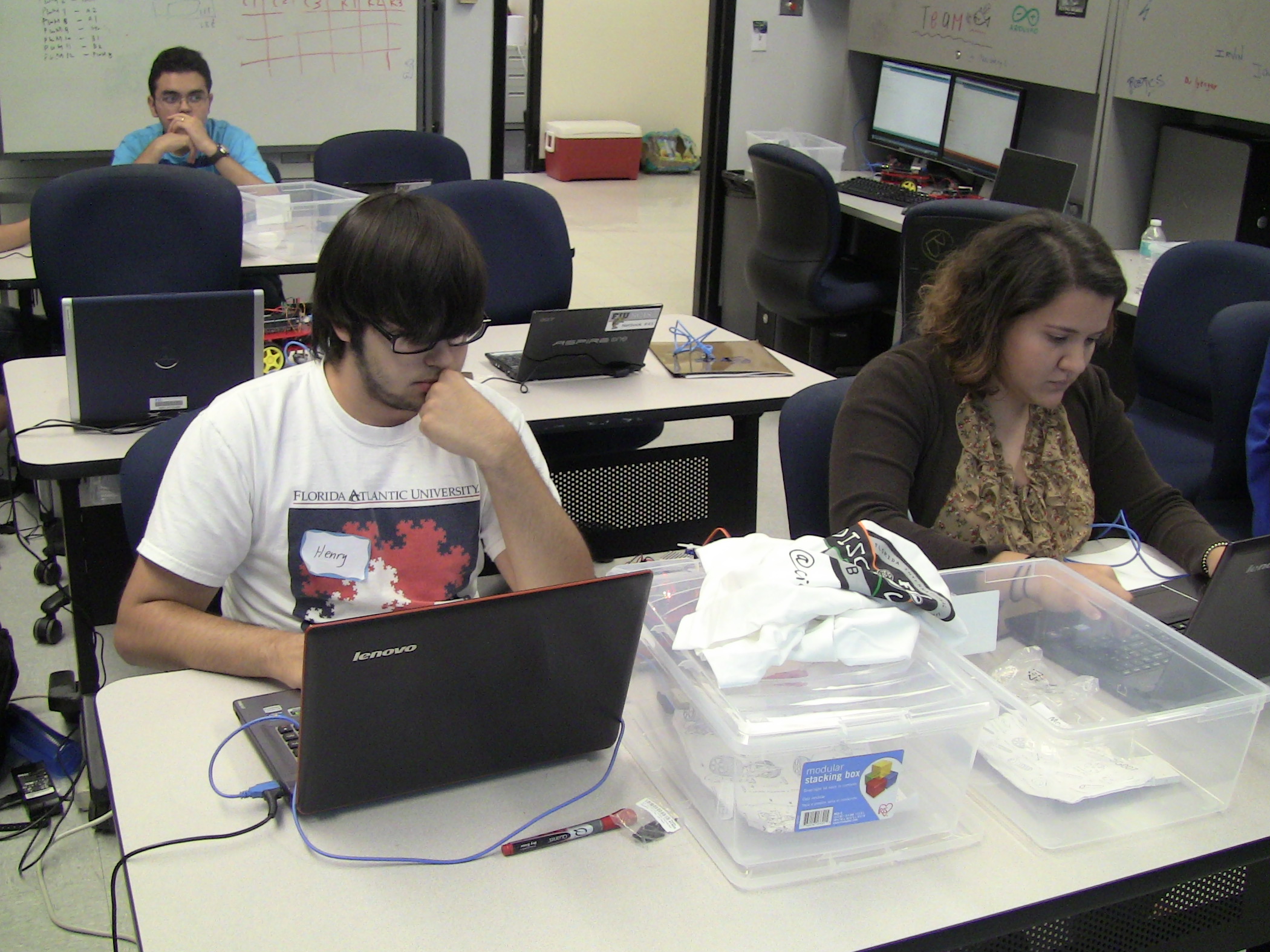 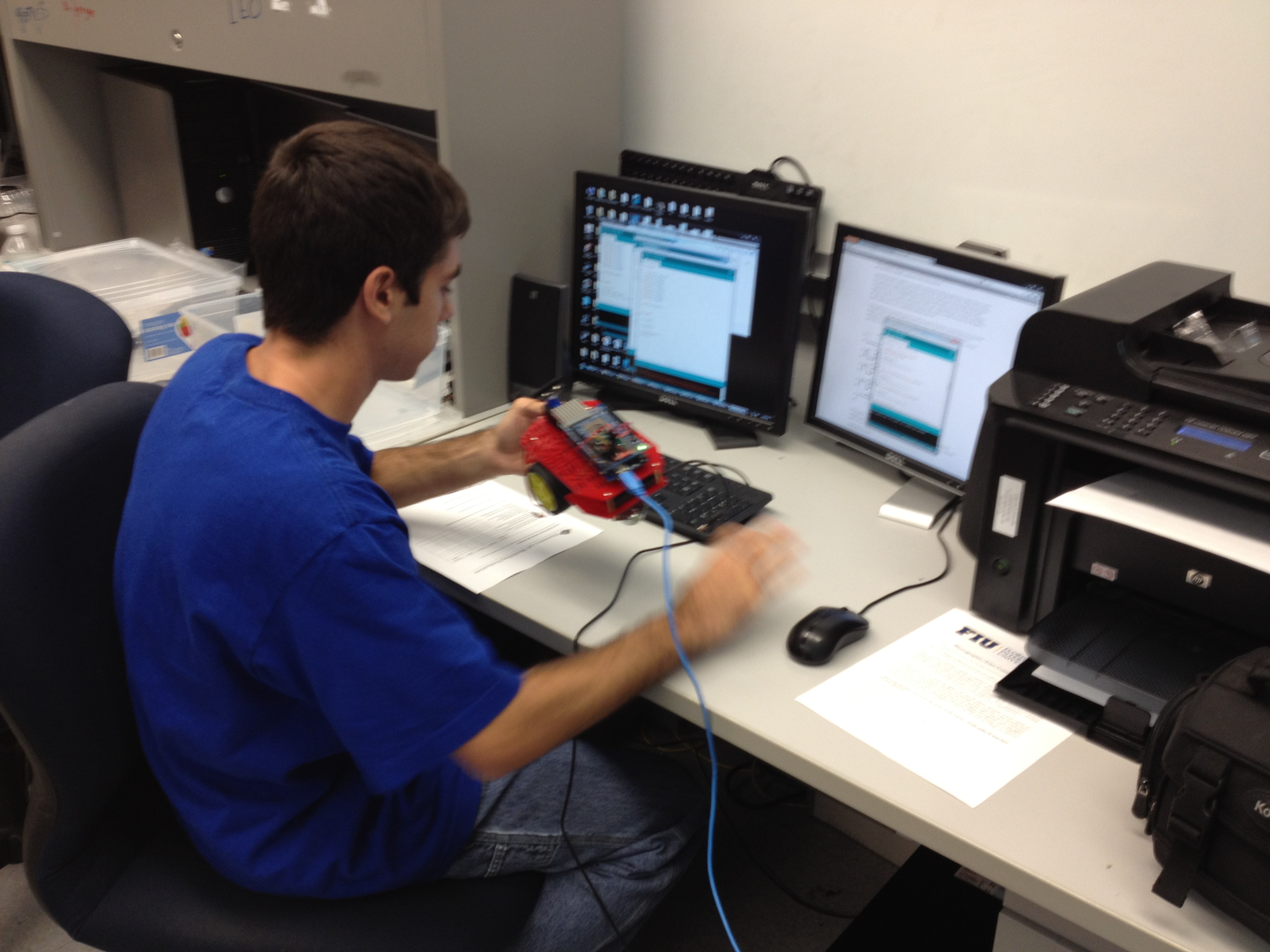 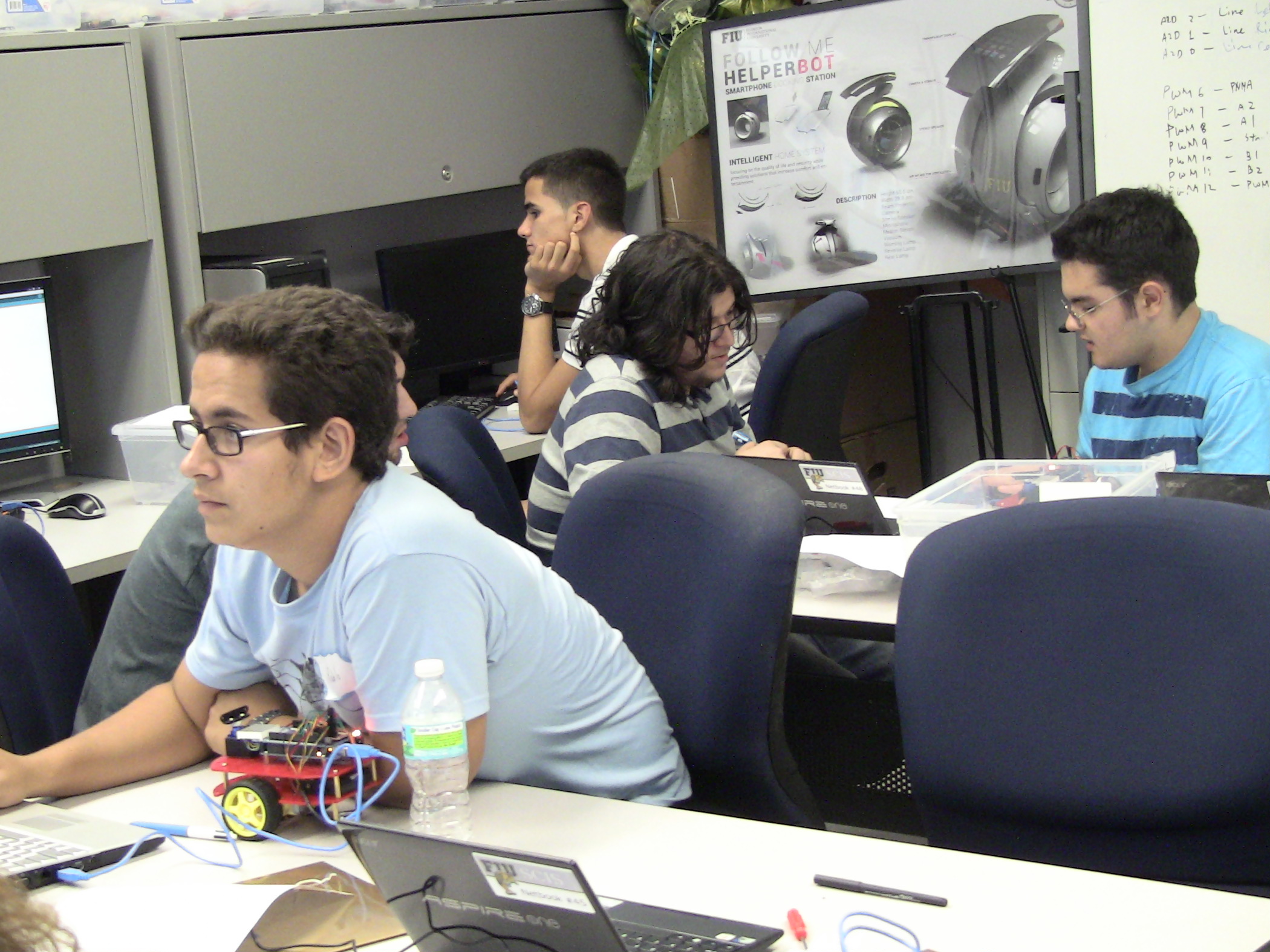 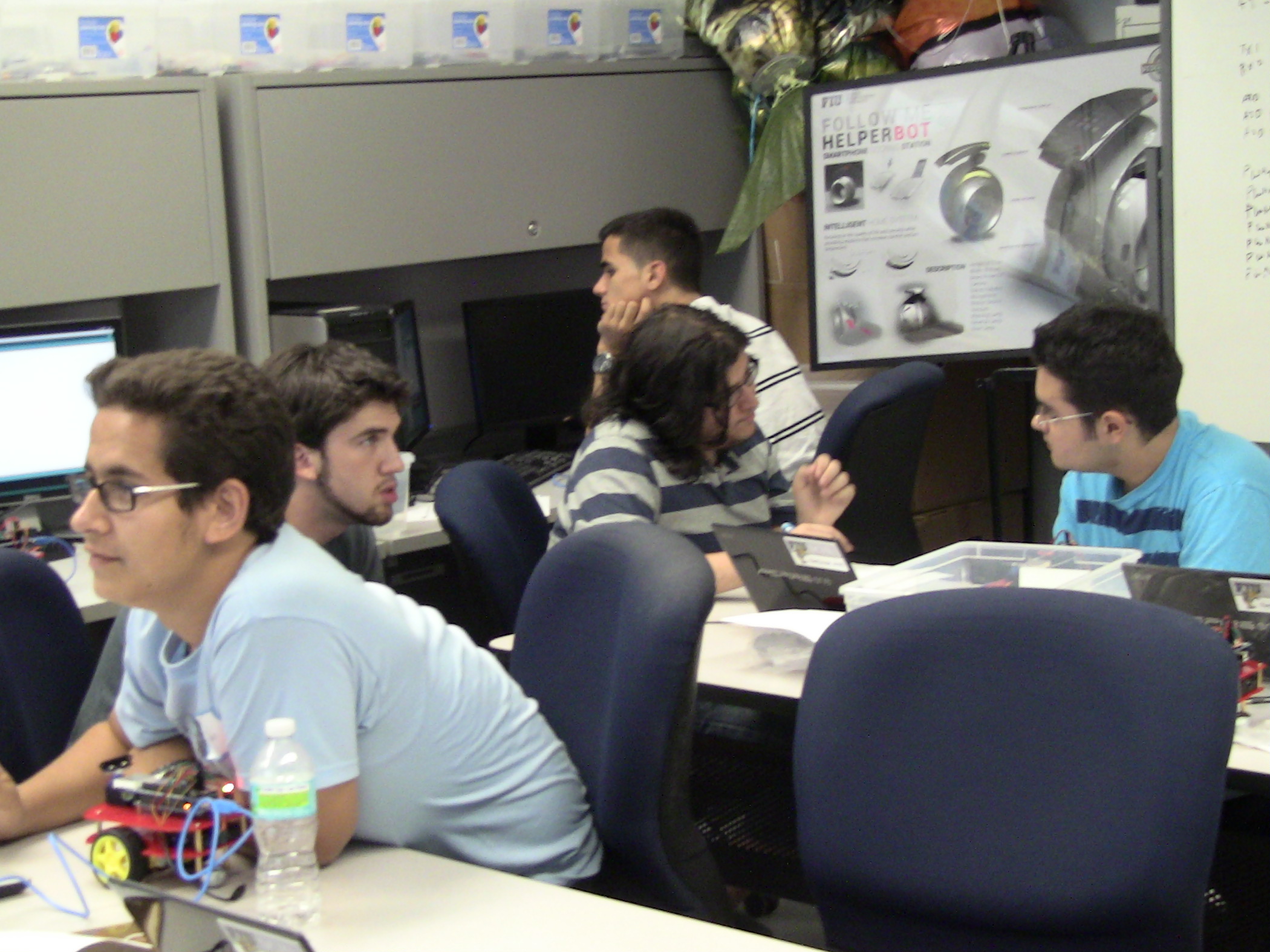 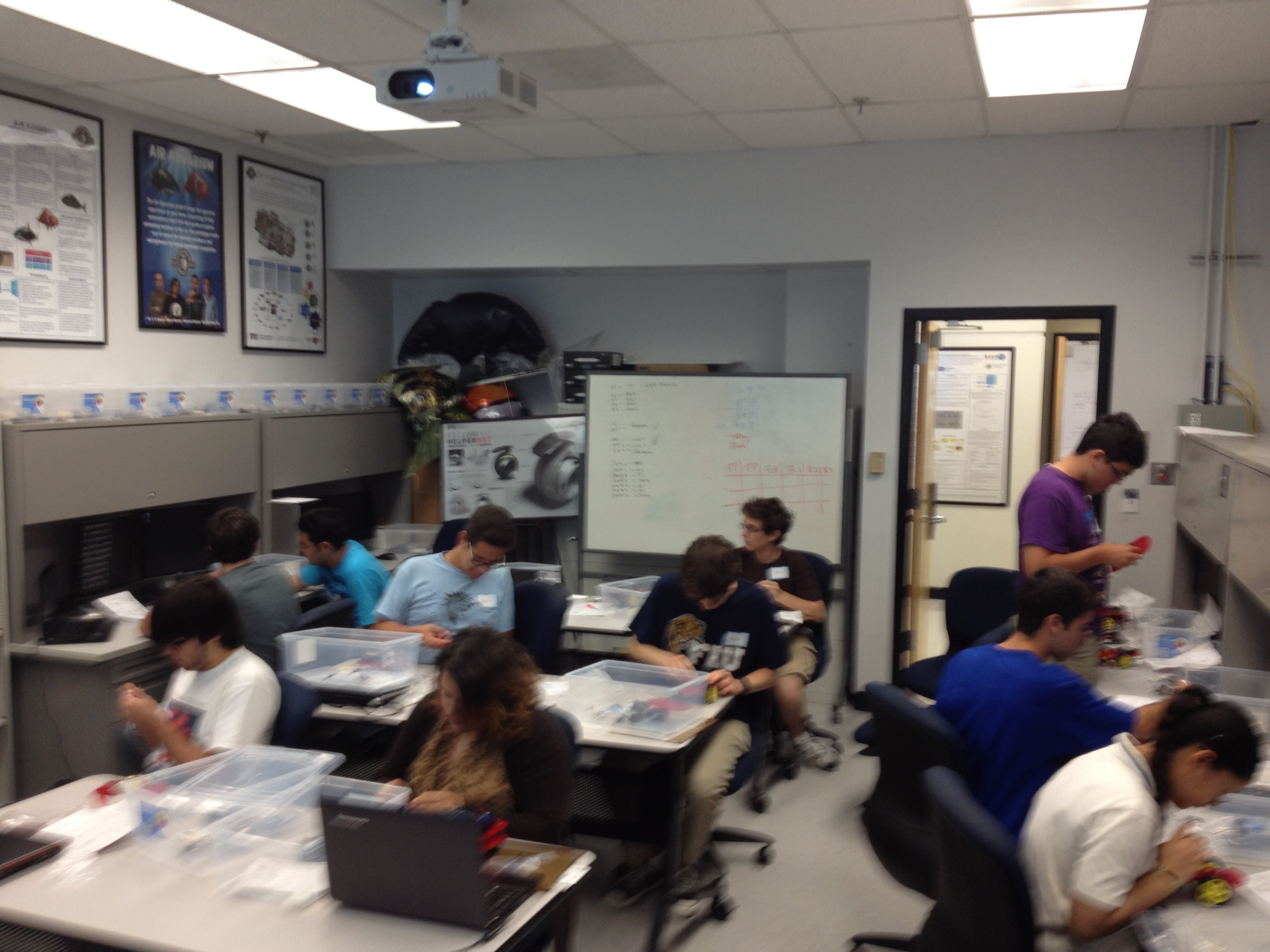 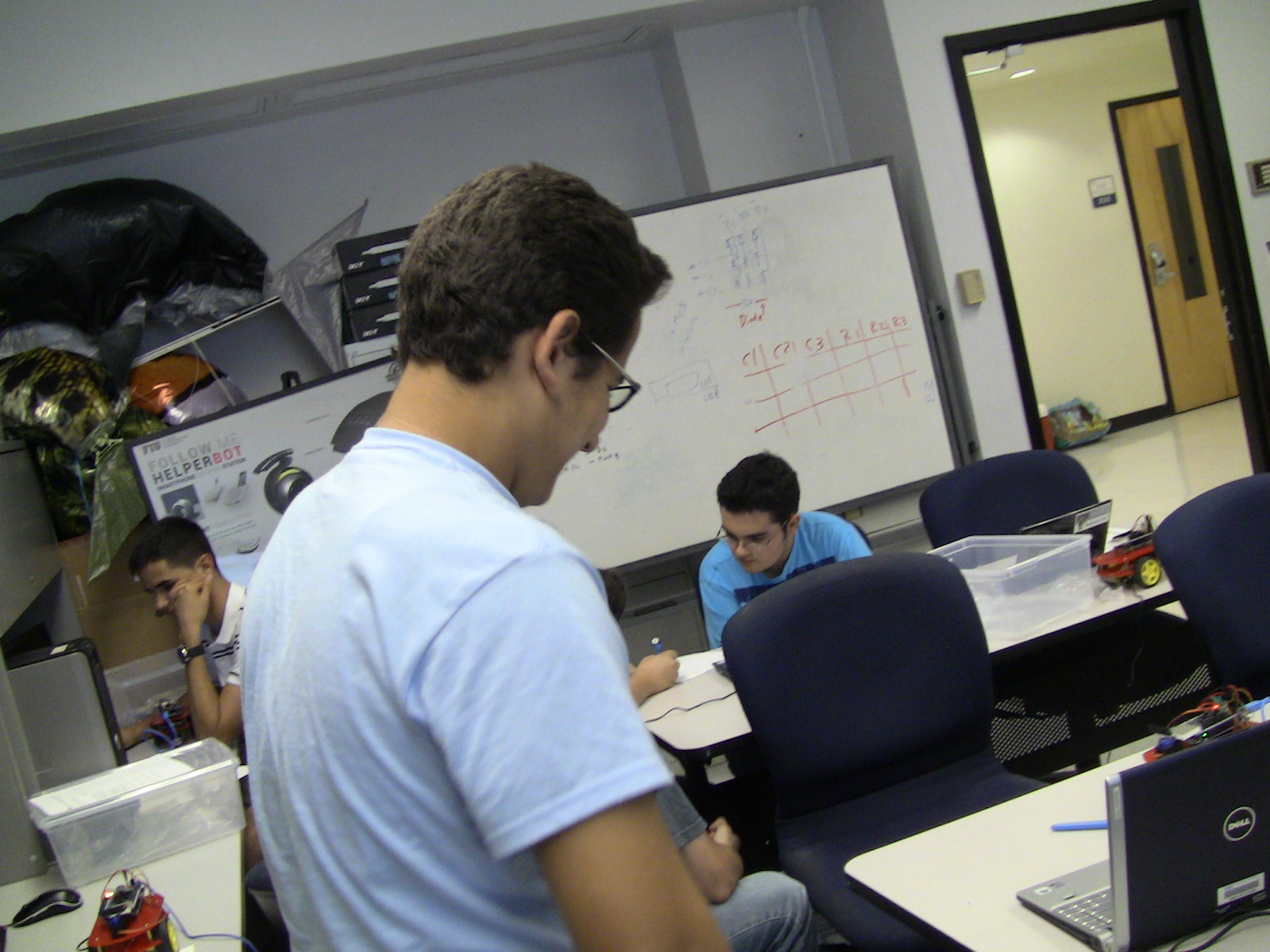 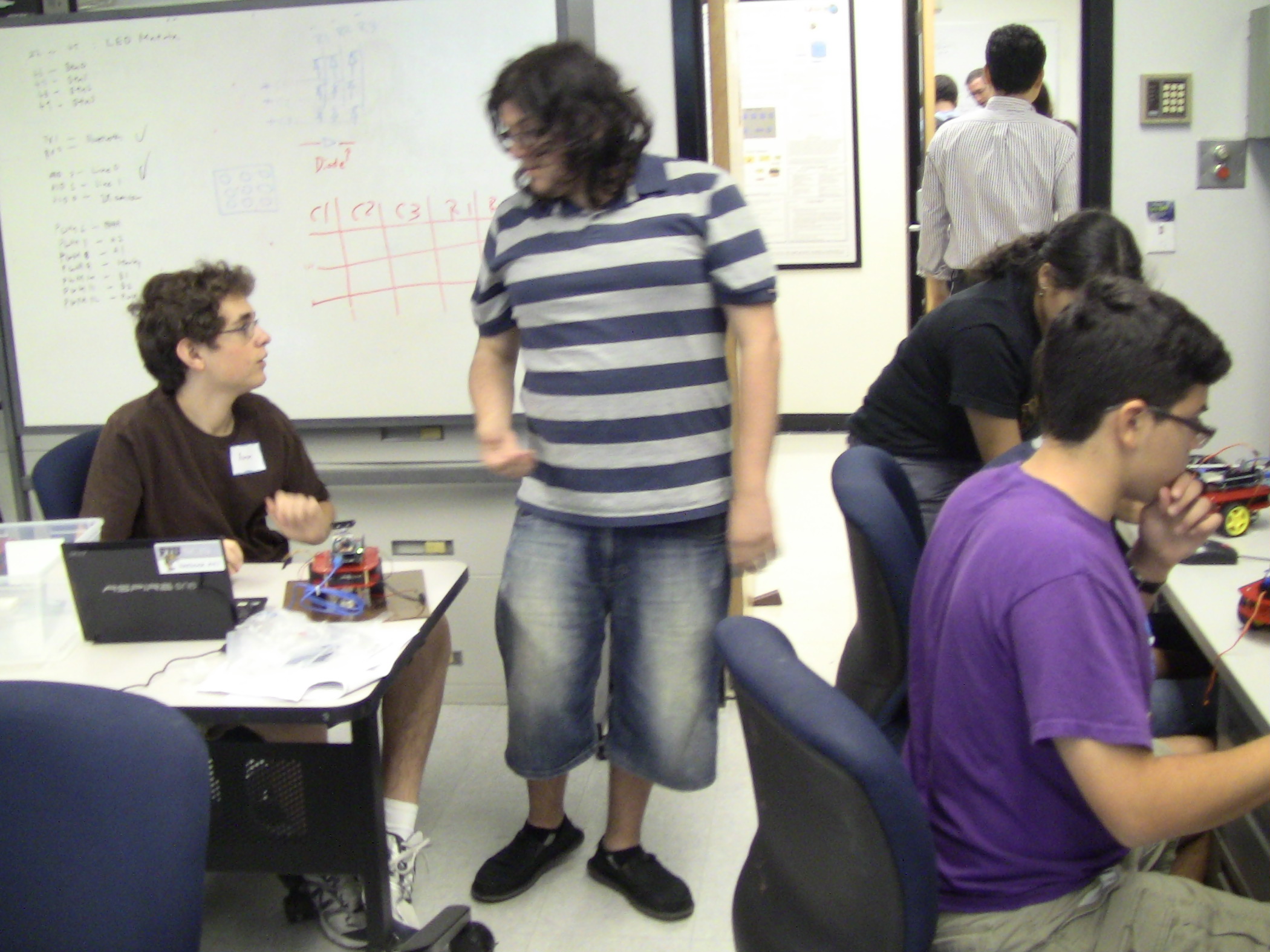 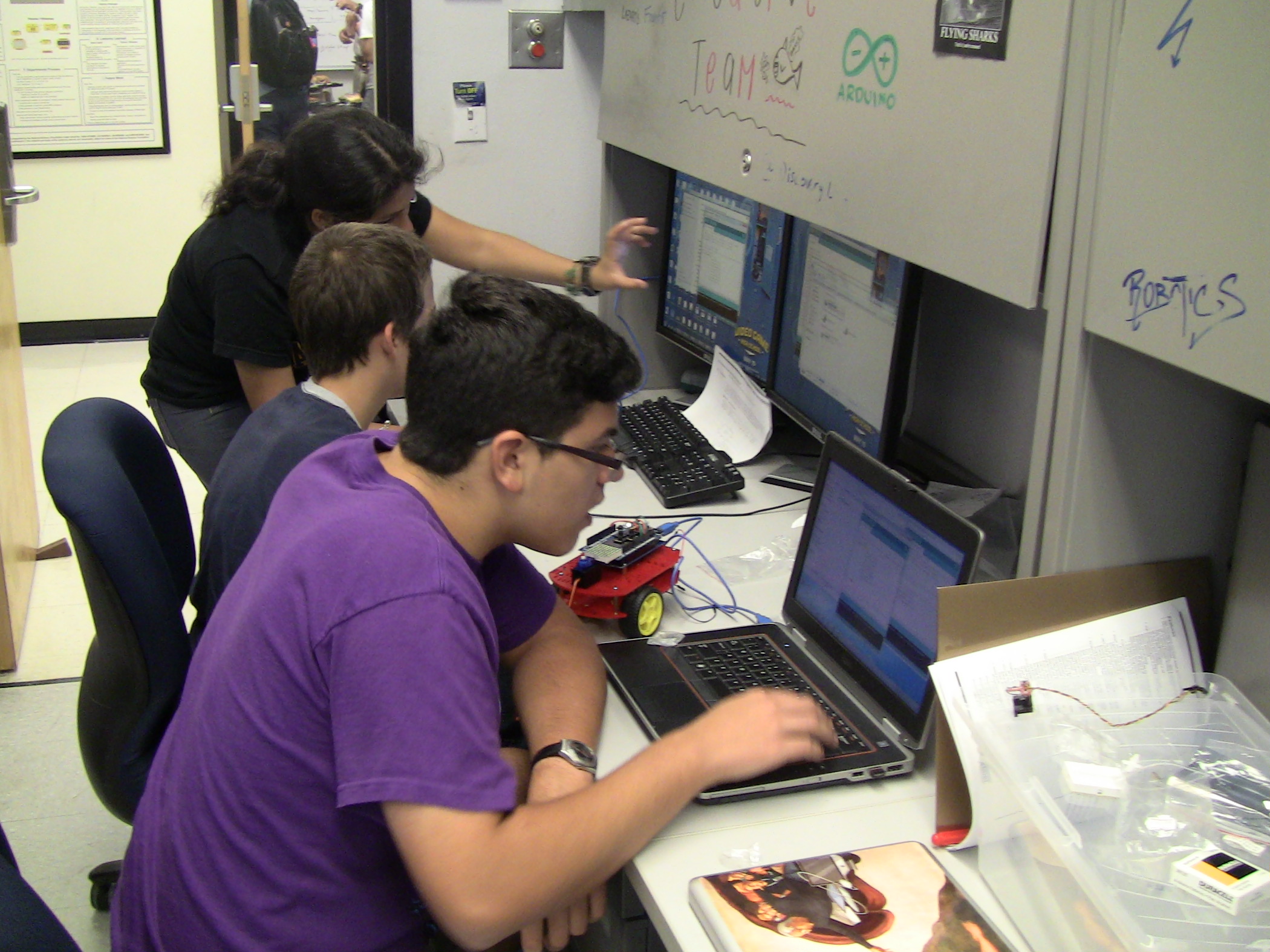 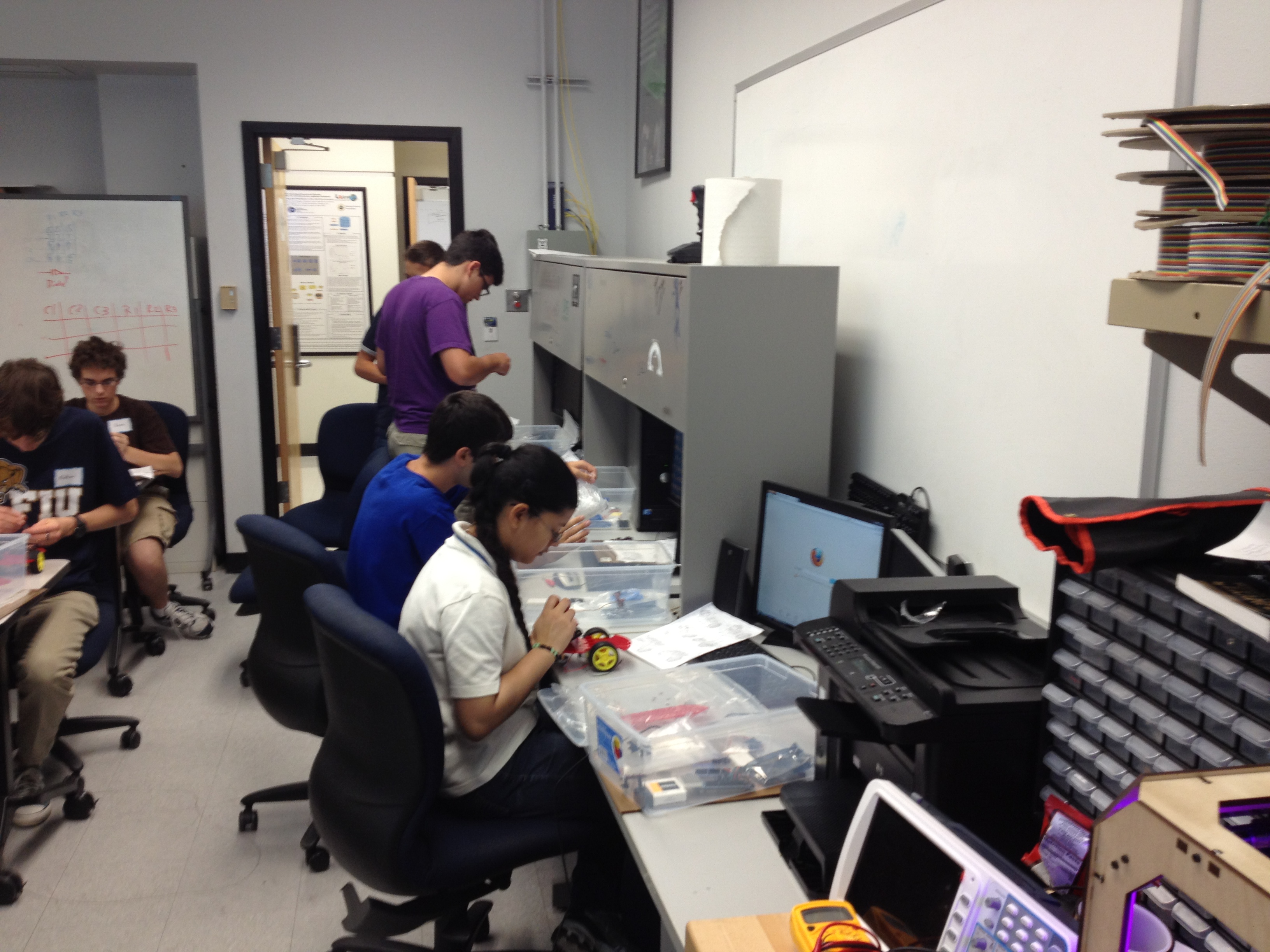 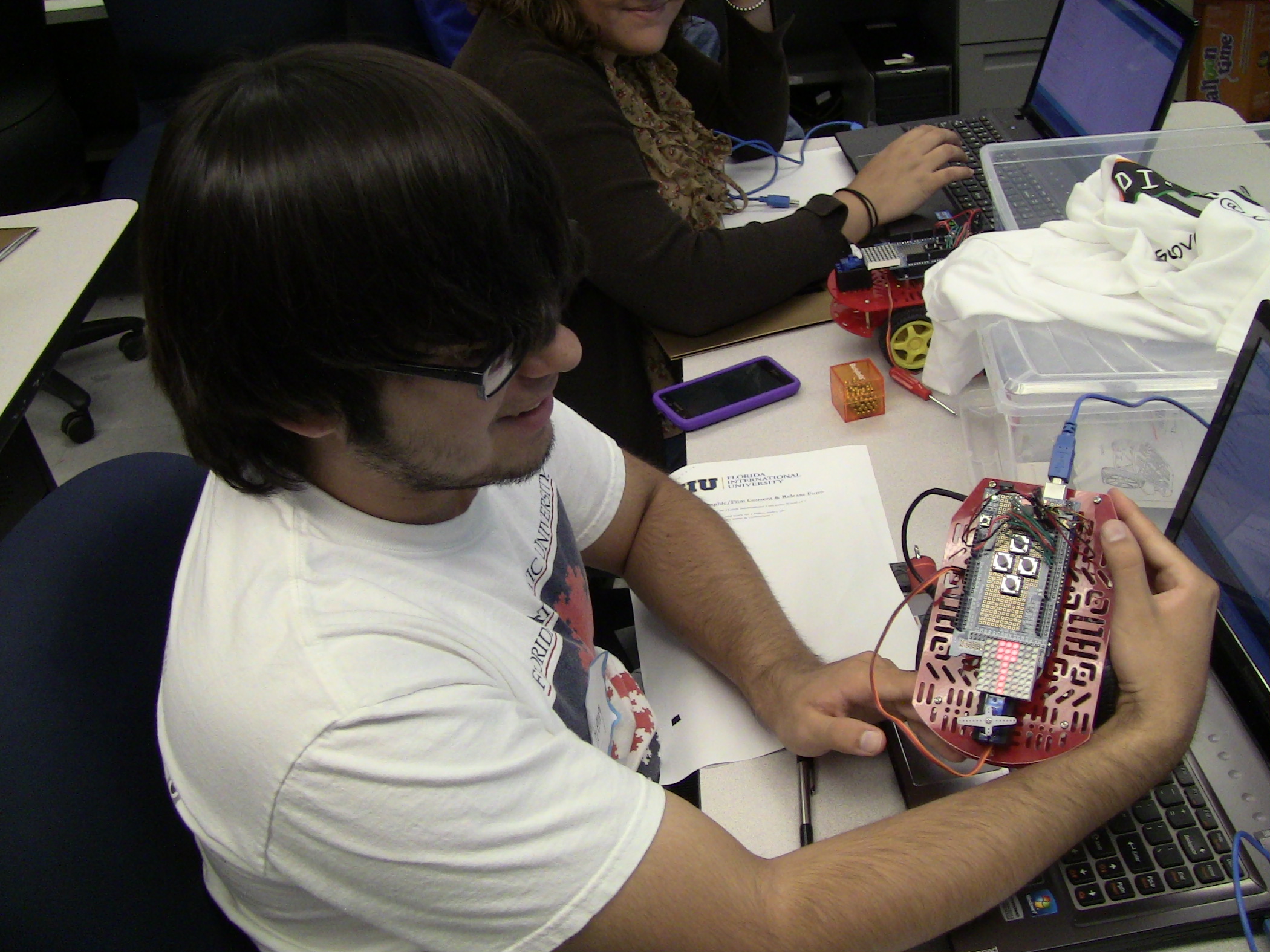 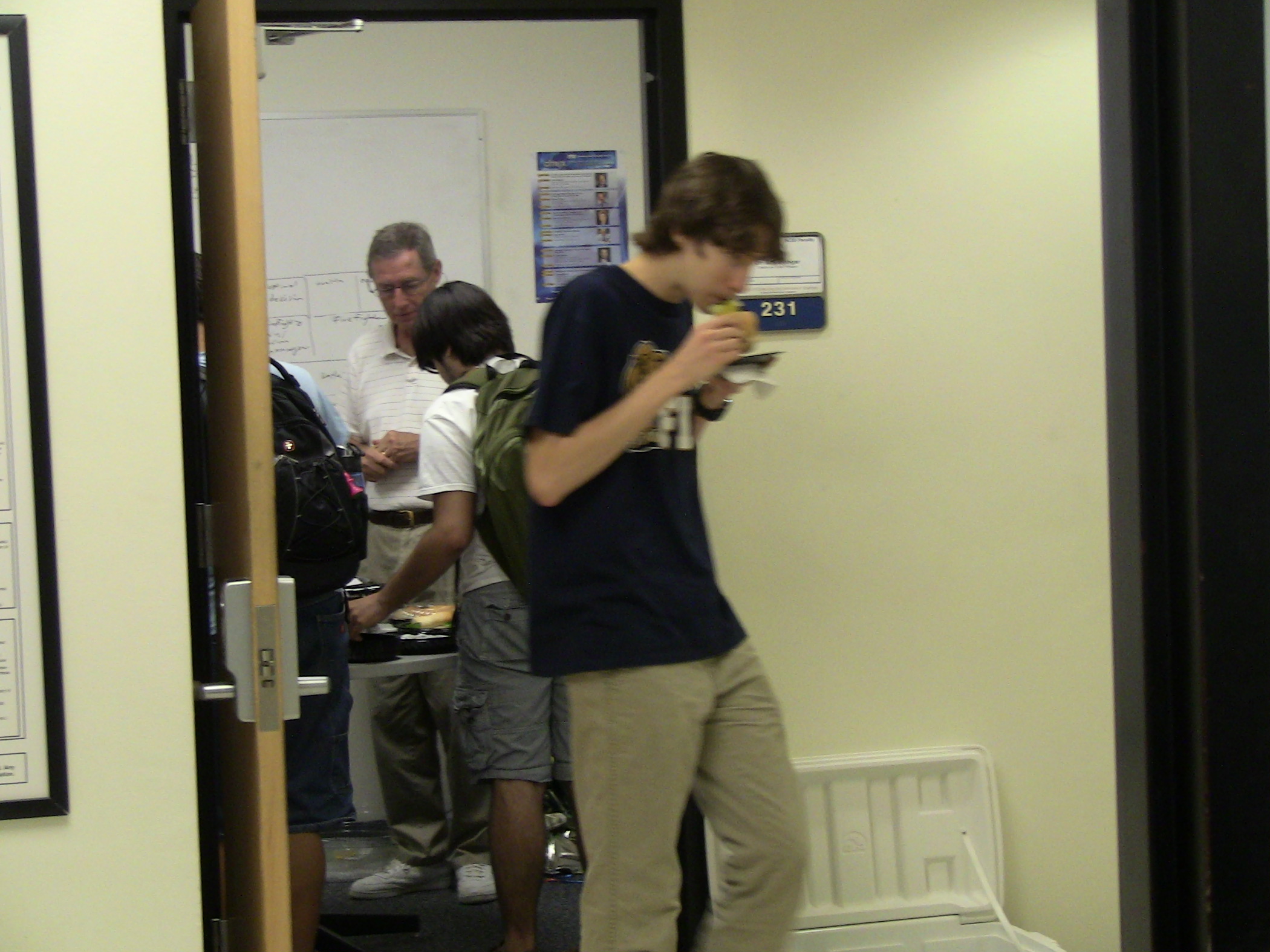 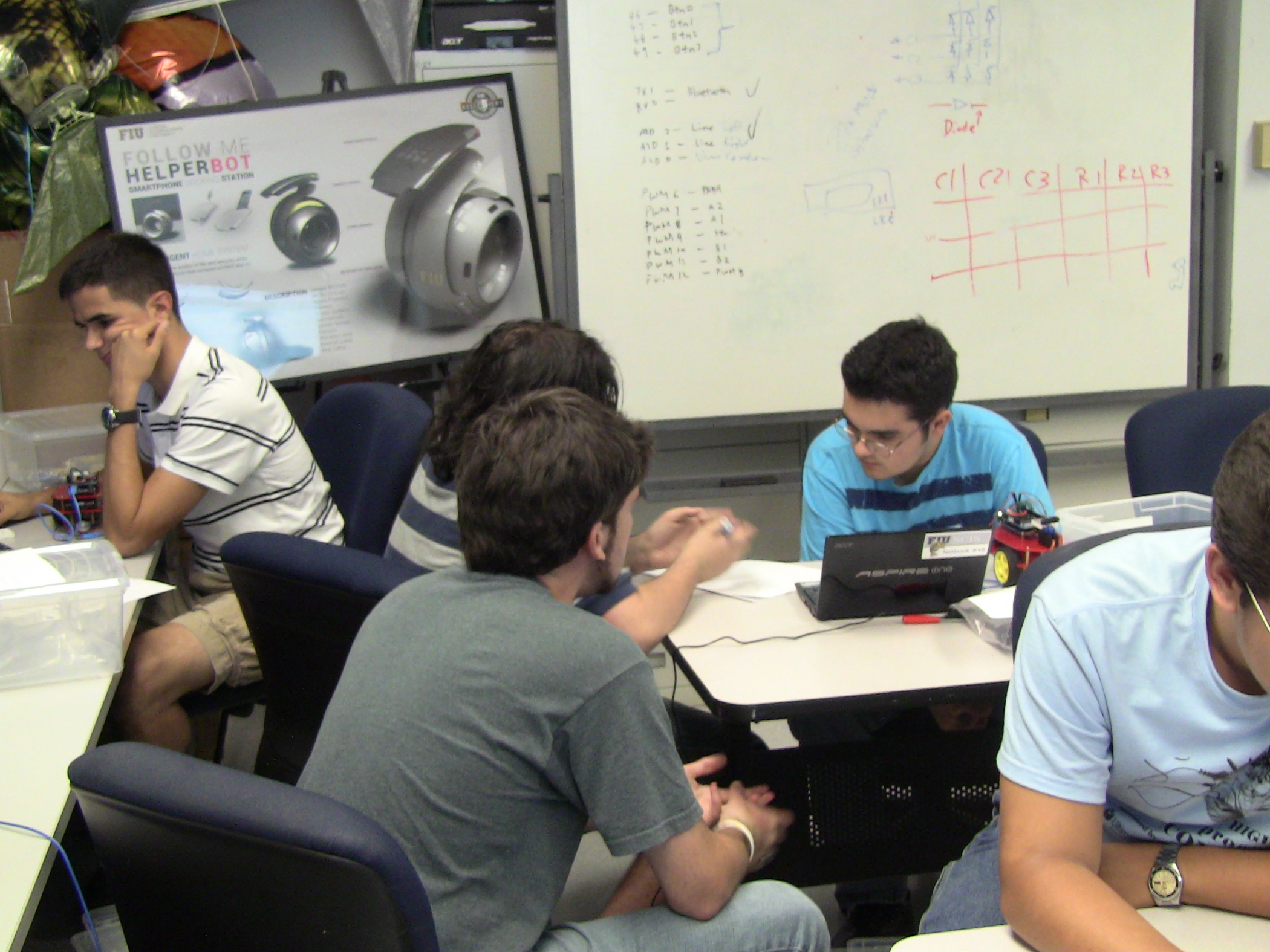 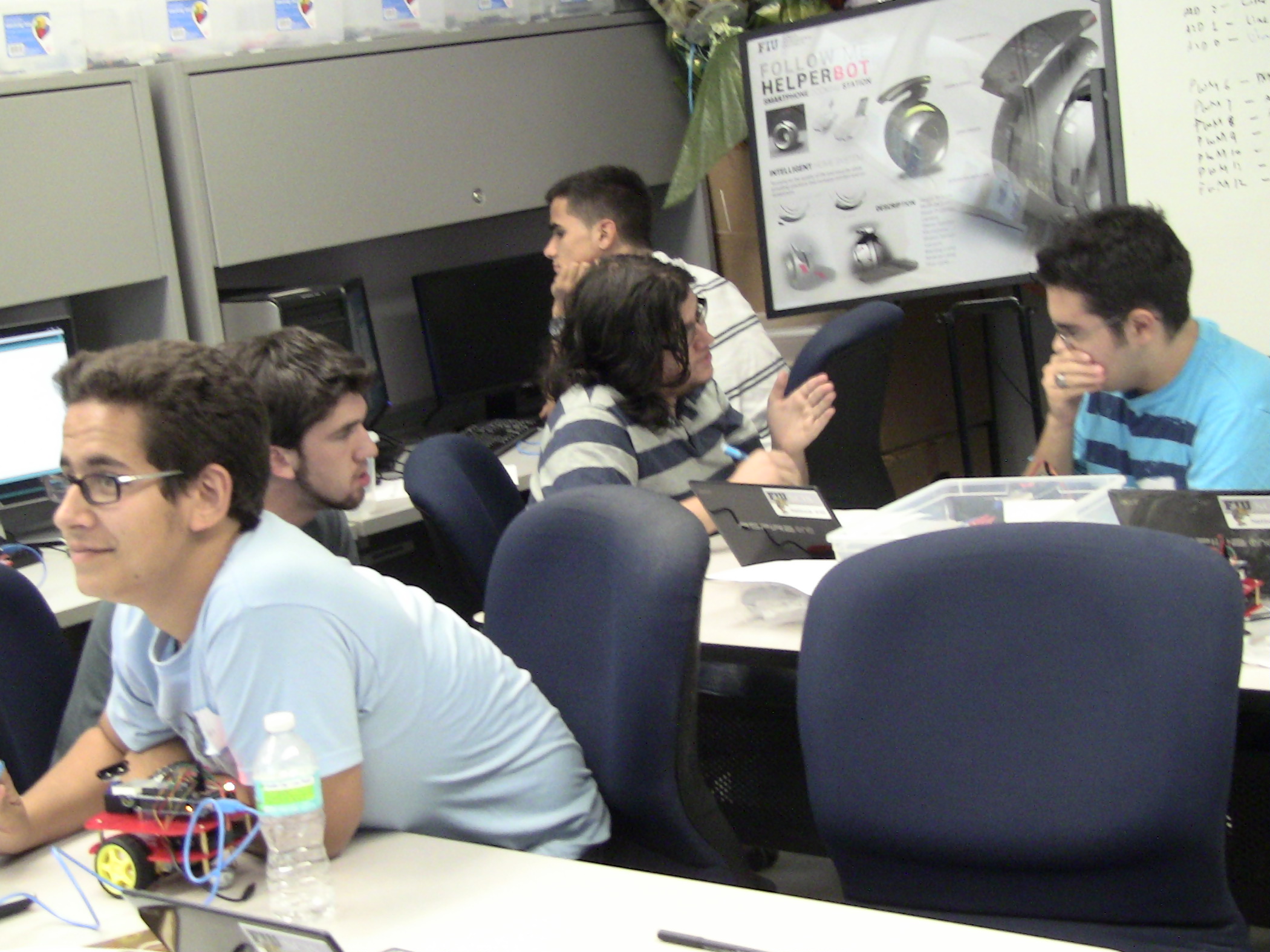 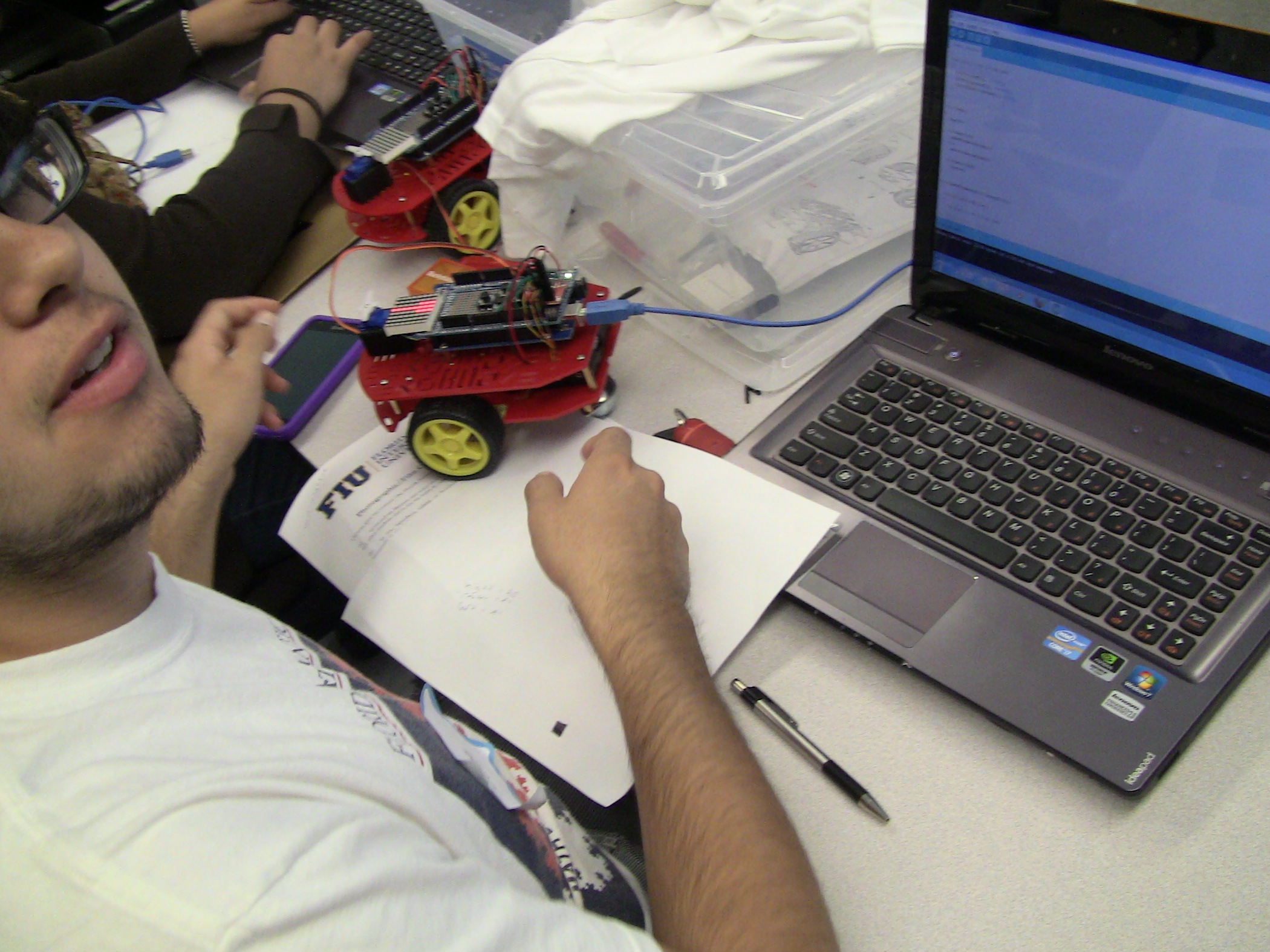 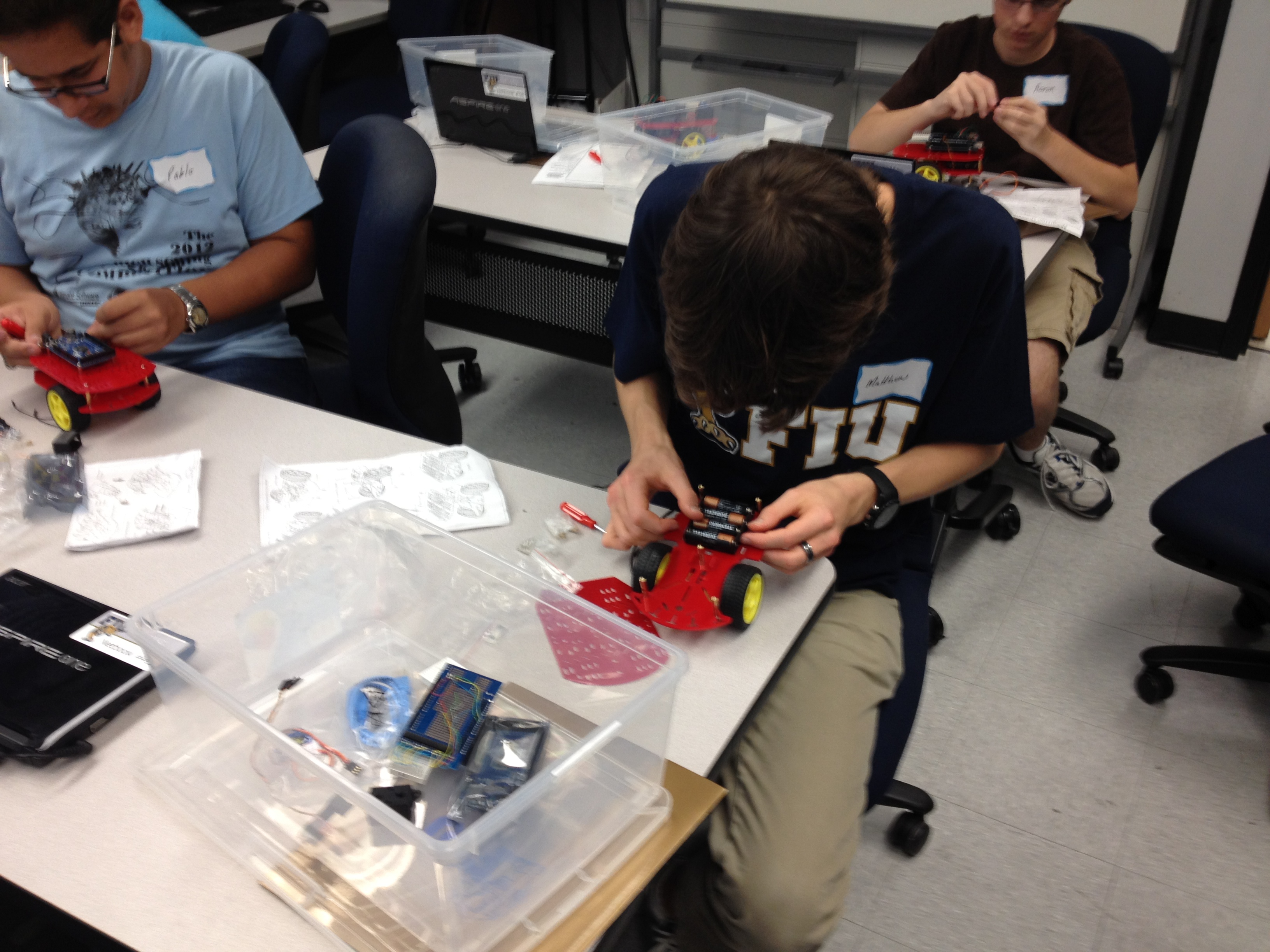 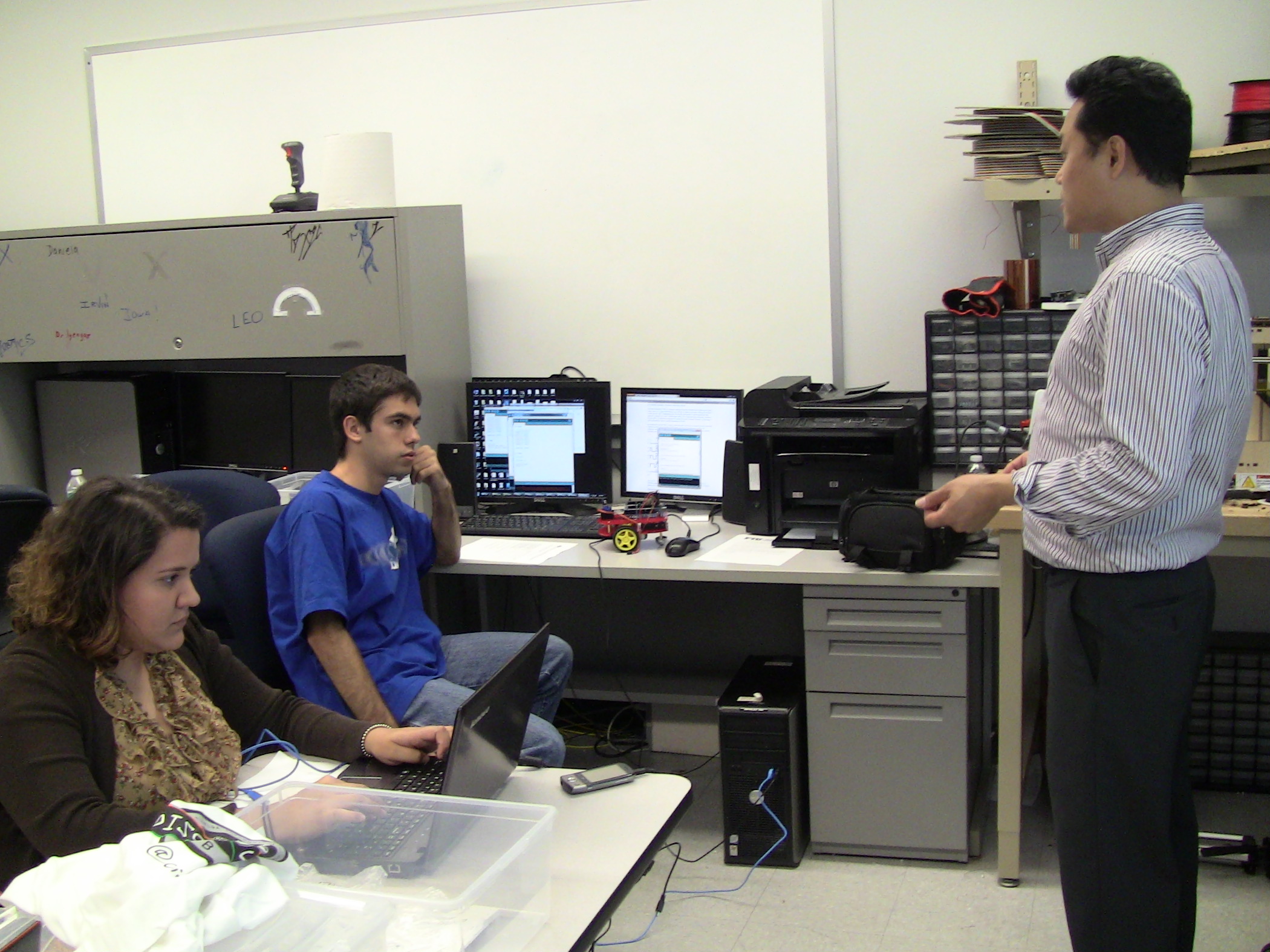 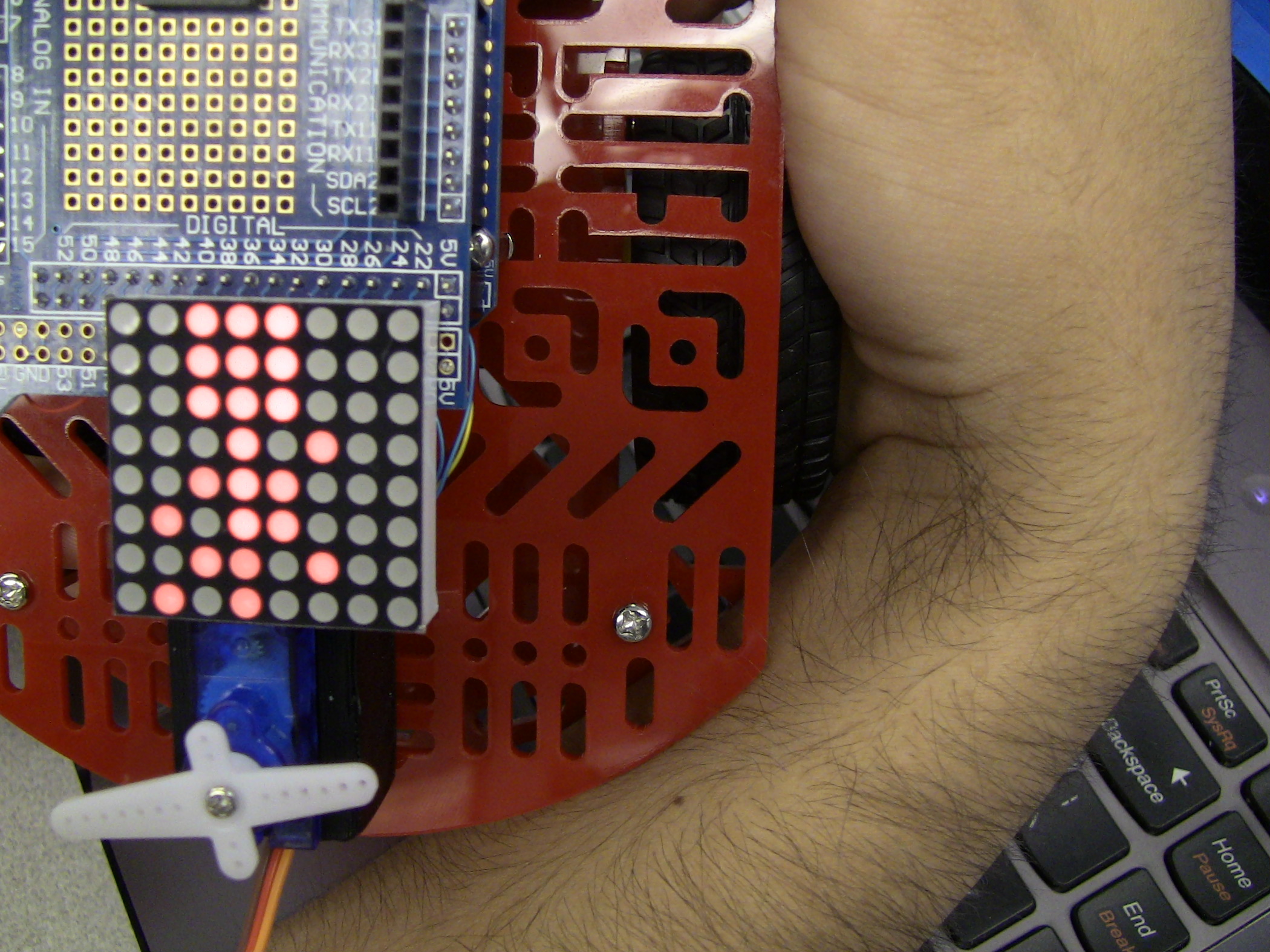