The ER Bot at the Miami Science Museum

On October 12th 2013, the Discovery Lab had the pleasure of presenting one of our creations, the Emergency Response Bot (ERB) at the Miami Science Museum. The participants had the opportunity to control the robot briefly and go through some obstacles along the way. This was a great opportunity to test the robot’s functionality and the reaction of the community when they saw and were able to interact with the machine. This also allowed Justin Rodriguez, the leader of the project, to understand how other people managed to control the ERB and improve the usability if any problems arouse. The demonstration proved to be a great success at the en of the day. 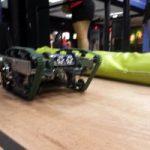 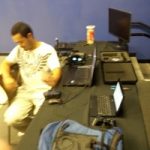 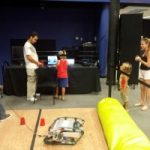 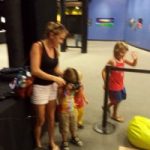 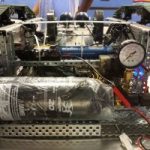 On the Morning of October 18, the Discovery Lab had the pleasure of demonstrating our main project, the Telebot, to Dr Thomas Sterling. Dr Sterling is a PhD graduate from MIT and is the current Executive Associate Director and Chief Scientis of CREST at IU. Dr Sterling’s many accomplishments include “Arnaud and Edwards Endowed Professor”,”Hertz Foundation Fellowship” (1980) and “Gordon Bell Prize for Price Performance” (1997). He came to FIU to give a talk on  Advanced Parallel Execution Semantics for Exascale Computing and took a few minutes to visit the Discovery Lab. Dr Sterling was very impressed with the possible applications of the Telebot on the field, as well as with the feat of creating such a system on its own. He mentioned his interest in following the project’s development on its later stages. We hope to be able to meet him later on to update him on our progress. 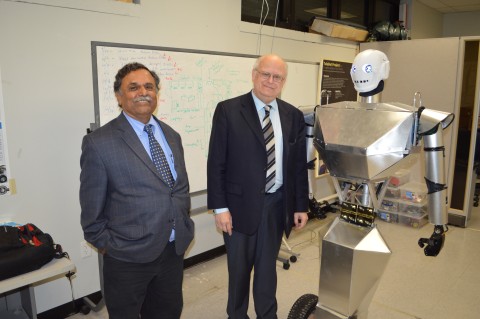 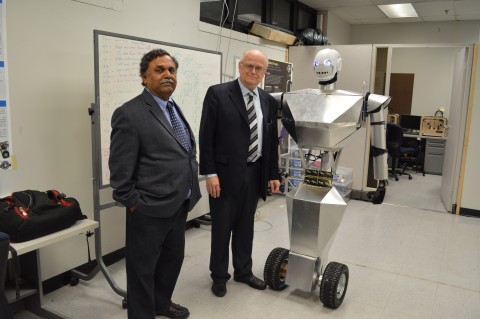 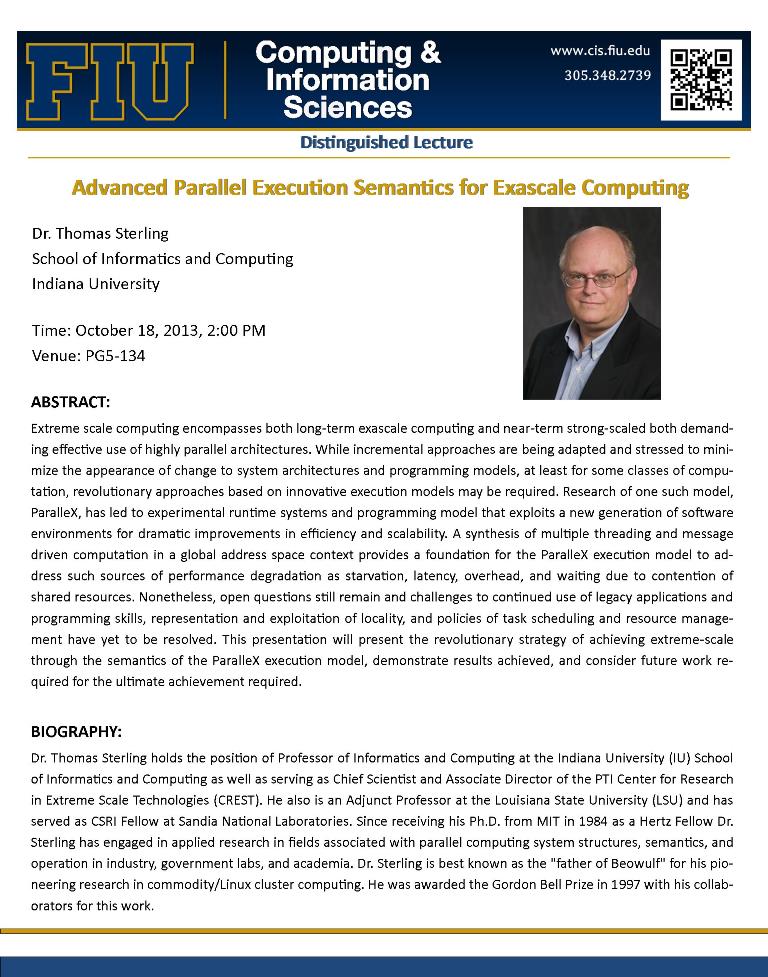 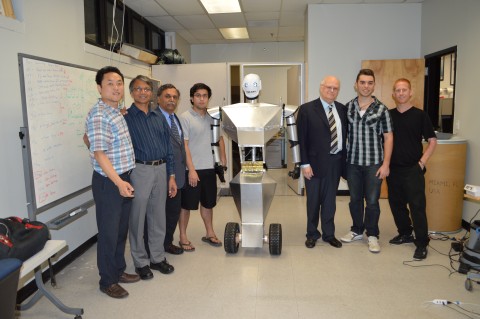 October 28, 2013 jfelisme Event Archive
Off
On September 26th, the Discovery Lab had the opportunity to present several of our projects on the Engineering Campus on the very first Research Day. The event was hosted by the College of Engineering and the Applied Research Center (ARC) and was attended by Pres. Rosenberg himself. Pres Rosenberg had the chance to see The SocialBot, and the Telebot Project first hand and was very impressed by our work. Pres Rosenberg was specially impressed with the SocialBot and commended the many possible uses.
Official Event Article 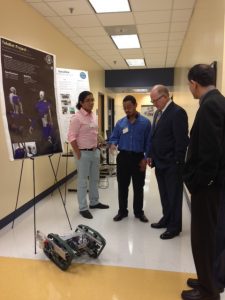 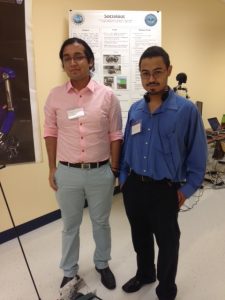 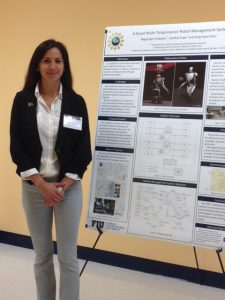 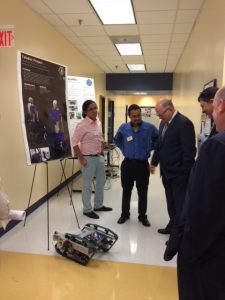 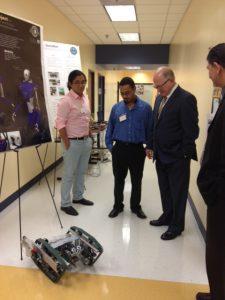