On Saturday November 16, the Discovery Lab took some of our projects to the MakerFaire Miami and gave a demonstration of their abilities. The event was a great opportunity to see the reaction of the people when seeing our Projects. We got a lot of awe from the crowd when seeing the big Telebot and the accuracy of its movements and much inspiration from the possibilities of the technology we have been implementing on it. The Telebot had never been tested outside of the lab before, and this test showed us some of the flaws that we hadn’t noticed before, allowing us to work on fixing them. At times when the Telebot (or me, the driver) needed a break, we presented the Smart Mannequin to the crowd. The Smart Mannequin also got the attention of many, but the most attention was paid by the kids, who loved to control it and did so for hours on end. The Smart Mannequin also grabbed the attention of many people on the design industry since it allows for the testing and demonstration of clothing while in movement. Throughout the event, we also demonstrated the abilities of the Emergency Response Bot, and the visitors were able to see it driving around and shooting at people (no actual projectiles, just a simulation). At one point we had technical difficulties with the ER Bot, but even while static, it still attracted much attention from the crowd for the possibilities of its use and its looks. The visit to the MakerFaire was a great success for the Discovery Lab and allowed us to understand what people like and don’t of the projects we presented, as well as its possible technical problems which we can now fix. We hope to be able to do attend the next MakerFaire.

If you were at Miami Beach in Ocean Drive and the 12th Street yesterday November 17 during the afternoon, you probably saw us in black shirts setting up and demonstrating the Telebot there. This visit was part of a request by the Discovery Channel when they were getting footage of our main project, the Telebot. That day the Discovery Channel came with its crew to record footage of the project. They interviewed Dr Iyengard, Dr Kim, and Dr Prabakar for several hours and asked us to demonstrate the capabilities of the Telebot for the camera. Some of the demonstrations we gave them included traffic control in one of the inner street of FIU main campus and a bit of the reaction of the public to its capabilities (the Miami Beach visit).  They were very please with the results even thought a few technical difficulties prevented us from demonstrating the Telebot further. These difficulties arouse from the fact that it was our first test outside on the streets with full mobility and that the crew had a limited amount of time available, hence we were unable to quickly amend the problems. Even so, the shooting was a great success and we are hoping that our edited footage will be aired soon on national TV. We are very eager to hear from them again. 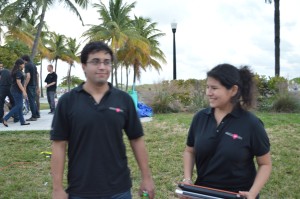 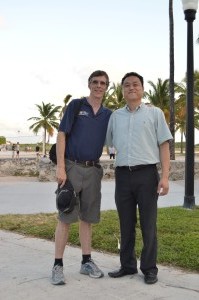 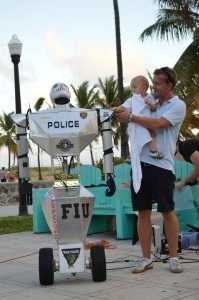 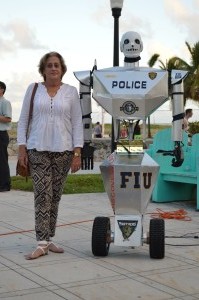 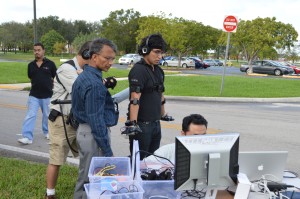 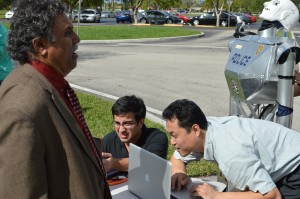 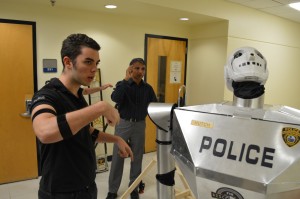 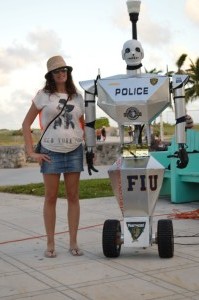 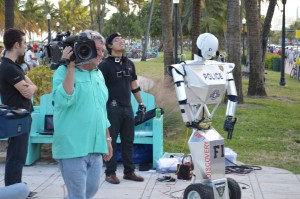 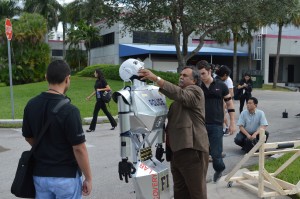 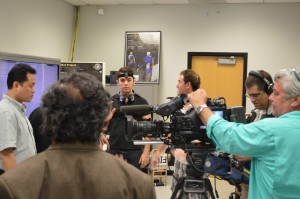 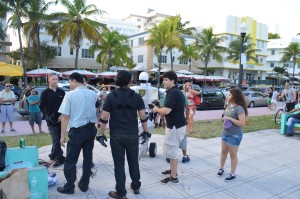 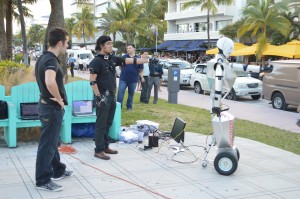 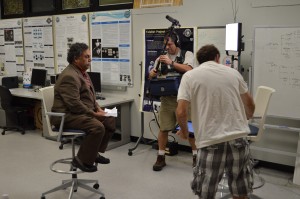 One of our members, Irvin Cardenas has recently become part of the “Class of 2013 HENAAC Scholars”. He has also been recognized by the Great Minds in STEM and Booz Allen Hamilton for his outstanding performance, service and commitment towards Science, Technology, Engineering and Mathematics on October 5th, 2013. Irvin has been working at the Discovery Lab for past a year now and has worked on several projects and published several papers on his and his team’s work. Thank you for your great work. 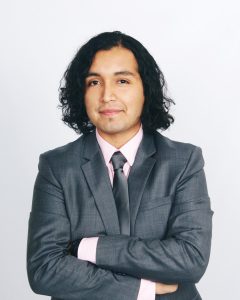