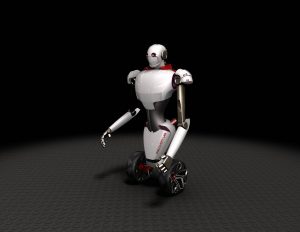 A team of scientists including one of Indian-origin is working on a real-life äóÖRobocopäó» that would enable injured or disabled US police to patrol the streets and combat crime.

Injured policemen or soldiers will be wired up to the äóÖPatrolBotäó» which will effectively give them mechanical limbs that they have lost whilst in service.

The plan is to make a basic version of Alex Murphy, the fictional policeman in the 1987 hit Robocop, who is turned into a cyber cop after being nearly killed in the line of duty, the Daily Mail reported. His brain and spinal cord are salvaged and put into the body of an armour-plated android – then sent out to protect the public. The new technology is based on advances in the US military in telerobotics, which is where users are wired up remotely to a robot and given physical feedback to simulate the feeling of being there.

The injured persons would use cameras and sensors on the PatrolBot which would be connected to their own body.

They would see using a virtual reality helmet which would make it look like they were peering through the robotäó»s eyes.Preliminary sketches drawn up by Florida University International show a Robocop style android on wheels clad in silver armour.

According to Gizmag.com, the aim of the research is to develop telebots capable of patrolling in high-density public spaces and performing surveillance in sensitive areas such as ports and nuclear facilities.

Gizmag – The first Robocop could be a telepresence robot

Telepresence robots are already making their way into space and operating rooms and onto the battlefield, but Jeremy Robbins, a lieutenant commander in the U.S. Navy Reserves, wants to get telepresence robots (or telebots) on the mean streets to combat crime. Heäó»s enlisted the help of researchers at Florida International University (FIU) to develop telerobotics systems that would let disabled law enforcement officers get back onto the beat using robots originally conceived for military applications.

Robins hit upon the idea of using telerobotics as a way to keep the thousands of police officers who are forced into retirement each year due to disability while serving in Afghanistan. To further his goal he has given US$20,000 of his own money to researchers at FIUäó»s Discovery Lab and secured the loan of two custom-built robots valued at nearly $50,000 from the Institute for Human and Machine Cognition (IHMC).

äóìWe want to use telebots to give disabled military and police veterans an opportunity to serve in law enforcement,äó explained Robins äóìWith telebots, a disabled police officer will be capable of performing many, if not most, of the functions of a normal patrol officer äóñ interacting with the community, patrolling, responding to 911 calls, issuing citations. Telerobotics has already begun to make its way into the worlds of medicine, business and the military. Extending it into law enforcement is simply the natural progression of things.äó

The two robots on loan from IHMC were originally built for a $2 million DARPA initiative known as the Urban Warrior Robot (UWP) program. UWR project leader Jerry Pratt and the IHMC team are now working with FIUäó»s Discovery Lab to repurpose the two military-grade robots for crime-fighting duties.

Preliminary sketches of an initial prototype äóìPatrolBotäó have been drawn up and the FIU students have split into teams to address the various challenges faced in adapting the robots to law enforcement applications, such as mobility, communications, video and interface capabilities. The goal is to develop telebots capable of patrolling in high-density public spaces and performing surveillance in sensitive areas such as ports and nuclear facilities. The prototype will incorporate video, audio and sensory capabilities.

äóìWe want to look at something thatäó»s affordable and can also be deployed so that people can use it,äó said Professor Nagarajan Prabakar. äóìThatäó»s a very important part of this. We want to make sure that the cost is affordable for police departments and others.äóì

Robins says the revolutionary thing about the project is that it is using robots to bring a person back into the workforce, rather than taking a human out of it.

äóìWeäó»ll be using a technology to allow a person to perform a job they would otherwise be unable to perform or not permitted to perform,äó he said. äóìThese men and women joined the police and armed forces in order to serve their country, but now because of injury that ability has been diminished. I donäó»t know how to fix a severed spine, but restoring that ability to serve, and specifically the ability to serve in law enforcement äóñ that I think we can fix.äó 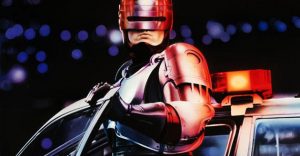 A robot with a badge may soon patrol city streets, write parking tickets and Taser criminals, but donäó»t worry: these robo-cops will have the smarts, eyes and ears of trained police officers at the controls.

“This will be operated remotely by another person. The robot is not going to go and randomly shoot and make the mistake of hitting the wrong person,” Nagarajan Prabakar, a computer scientist at Florida International University, told NBC News on Tuesday.

The concept combines robotics and telepresence technologies to give disabled law enforcement officials and military veterans an opportunity to serve the public.

The researchers are using two custom-built war-fighting robots from the Institute for Human Machine Cognition valued at nearly $500,000 to help design the robo-cop prototype.

The project was made possible by a $20,000 gift to the university from Jeremy Robins, a lieutenant commander in the U.S. Navy Reserves,who wanted to give disabled veterans a chance to reconnect with the workforce.

The telepresence technology will allow real-time two way communication through video and video and an intuitive interface between the officer and robot. For example, when the officer turns to the left, so will the robot.

In its first iteration, the robot will move on wheels, perform surveillance of city streets and communicate with people such as disoriented tourists or a criminal trying to pick a lock.

“Many people are interested in Robocop, [from] the movie, with hands and walking like an actual cop, but that bipedal robot is very difficult to make,” Jong-Hoon Kim, director of the university’s Discovery Lab, said.

The team aims to have a prototype by the end of this year and to conduct its first field tests in fall 2013. Design challenges include understanding the limits of a two-wheeled robot (chasing criminals up stairs, for example, isn’t going to happen) and battery power.

Future versions are likely to include an arm and gripper that can, for instance, place a parking ticket on a window shield. A weapon such as a taser could be built into the robot’s body.

But, again, these robots are operated remotely by humans, Prabakar emphasized.

“They may be disabled,” he said, “but they can monitor the situation and they can make the choice of what operation to be performed.”

In the classic sci-fi action movie “RoboCop” (watch on Netflix), severely injured police officer Alex Murphy returns to duty as a cyborg äóî a robot body with a human mind. Where the film’s fictional doctors placed Murphy’s brain into a robotic frame, real researchers at Florida International University (FIU) are looking into ways to return police officers and soldiers to the force by making them the brains behind remote-controlled “telebot” drones.

With the help of a $20,000 donation from Afghanistan vet Lieutenant Commander Jeremy Robins of the U.S. Navy Reserves, FIU’s Discovery Lab is looking at ways to adapt two military-gradetelepresence robots from Institute for Human and Machine Cognition for police use. The idea is to make them suitable for routine patrols, 911 response, and event issuing citations. As it stands the Urban Warrior Robot (UWR) units aren’t much to look at, but FIU’s student designers are working to give them sleek, authoritative redesigns while ensuring they’re still approachable, even by smallchildren.

When completed, the two-wheeled prototype telebot will enable disabled cops and wounded warriors to see, hear, and speak remotely, but also perform unique actions like printing tickets. Its designers are working to make the completed bot more affordable for individual police departments than the $500,000 original on which it’s based.

MIA ANIMATION is an industry conference that focuses on Computer Animation, Gaming, Visual Effects and Motion Graphics, Film, Web Design and Visual Arts. We have brought world-renowned industry speakers that offer master classes along with software demos and multiple panels. This year we have several panels focusing on new technologies. It has been designed to be a forum for active networking and practical information exchange with strong commitment and emphasis in education while developing and nourishing new talent. 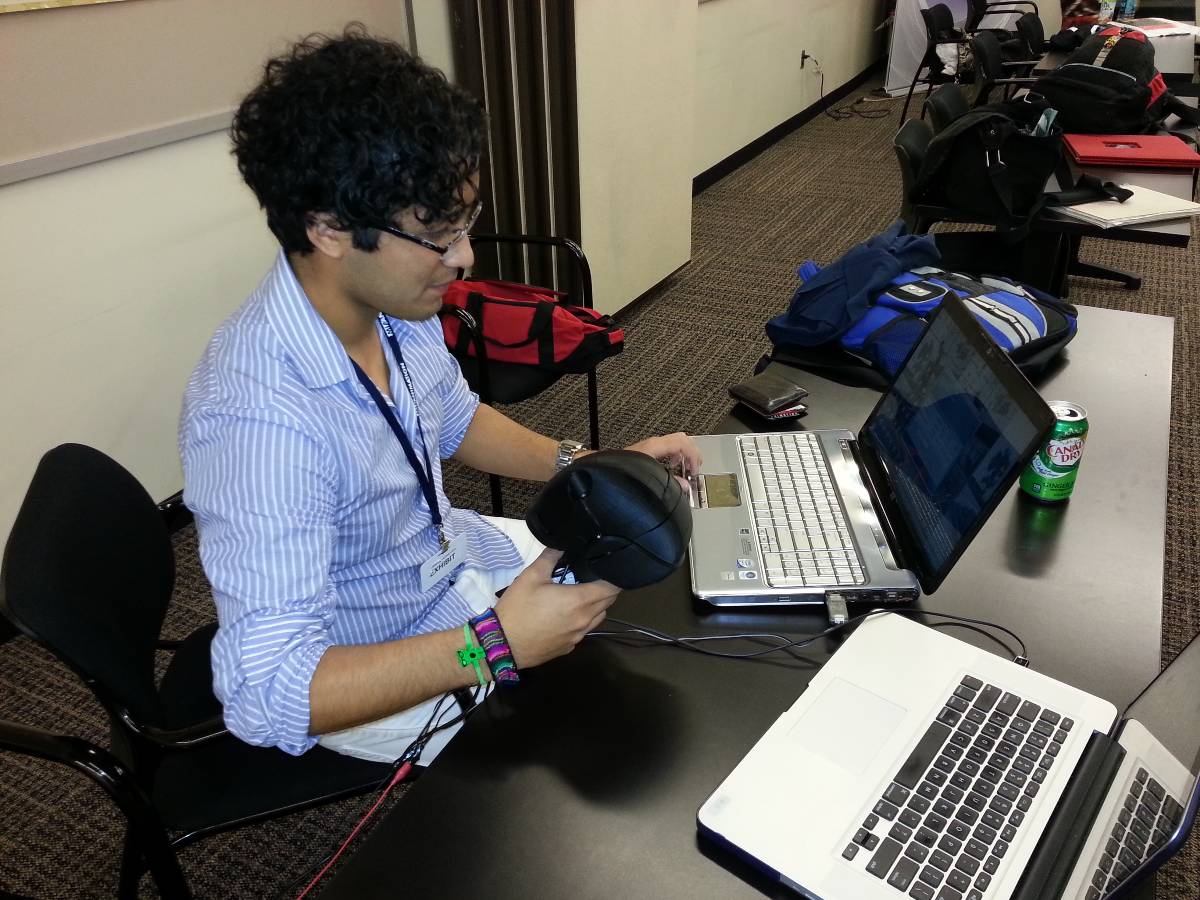 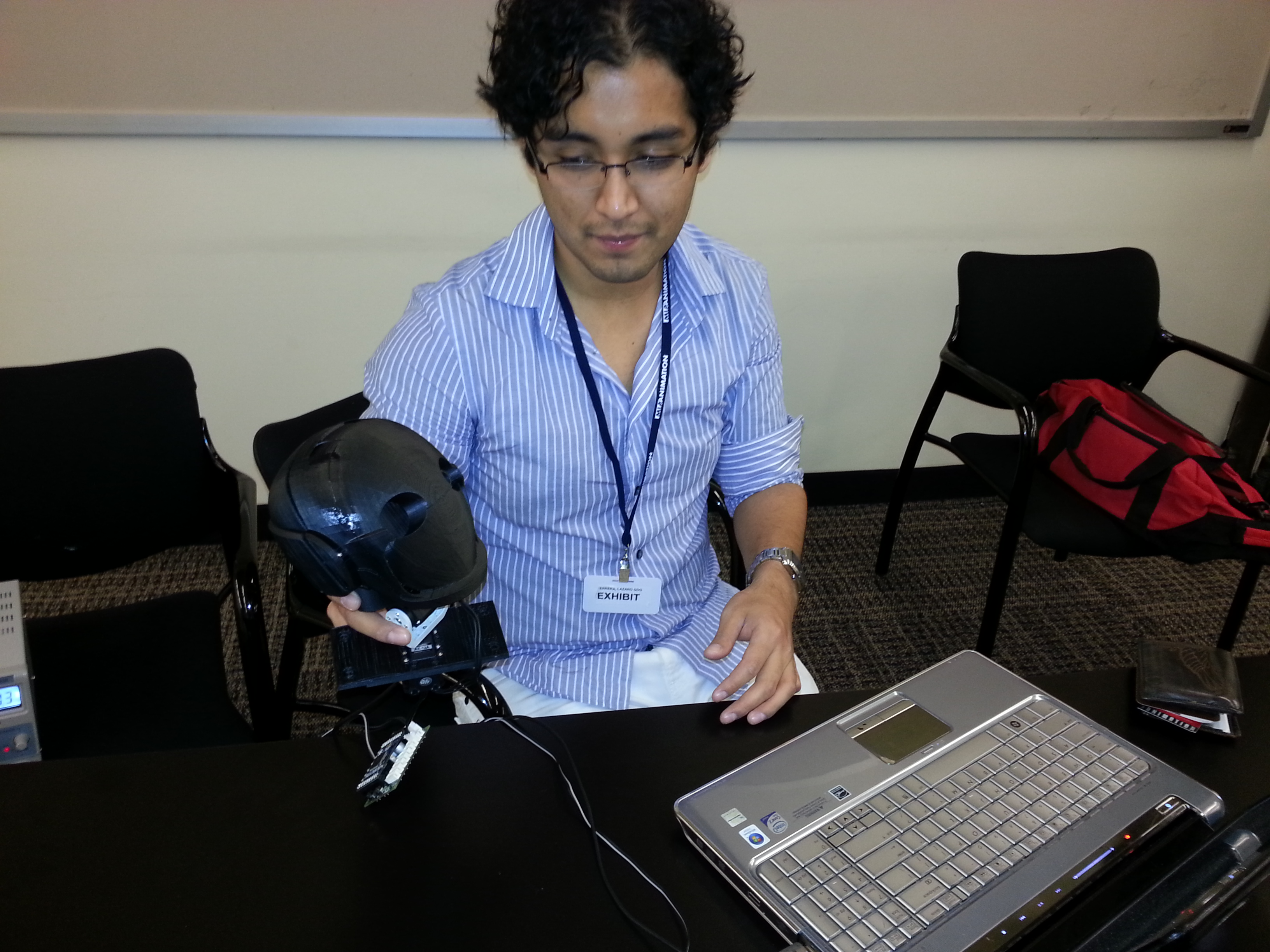 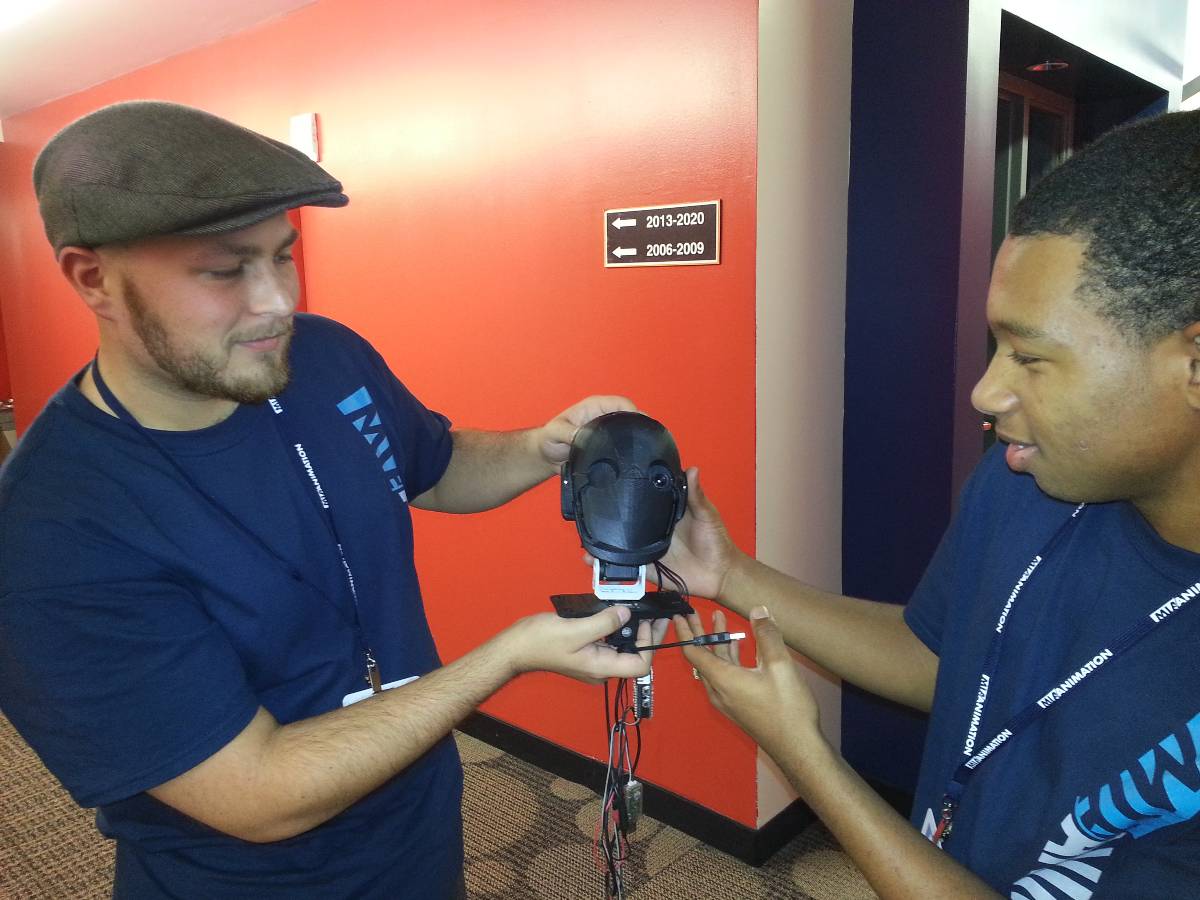 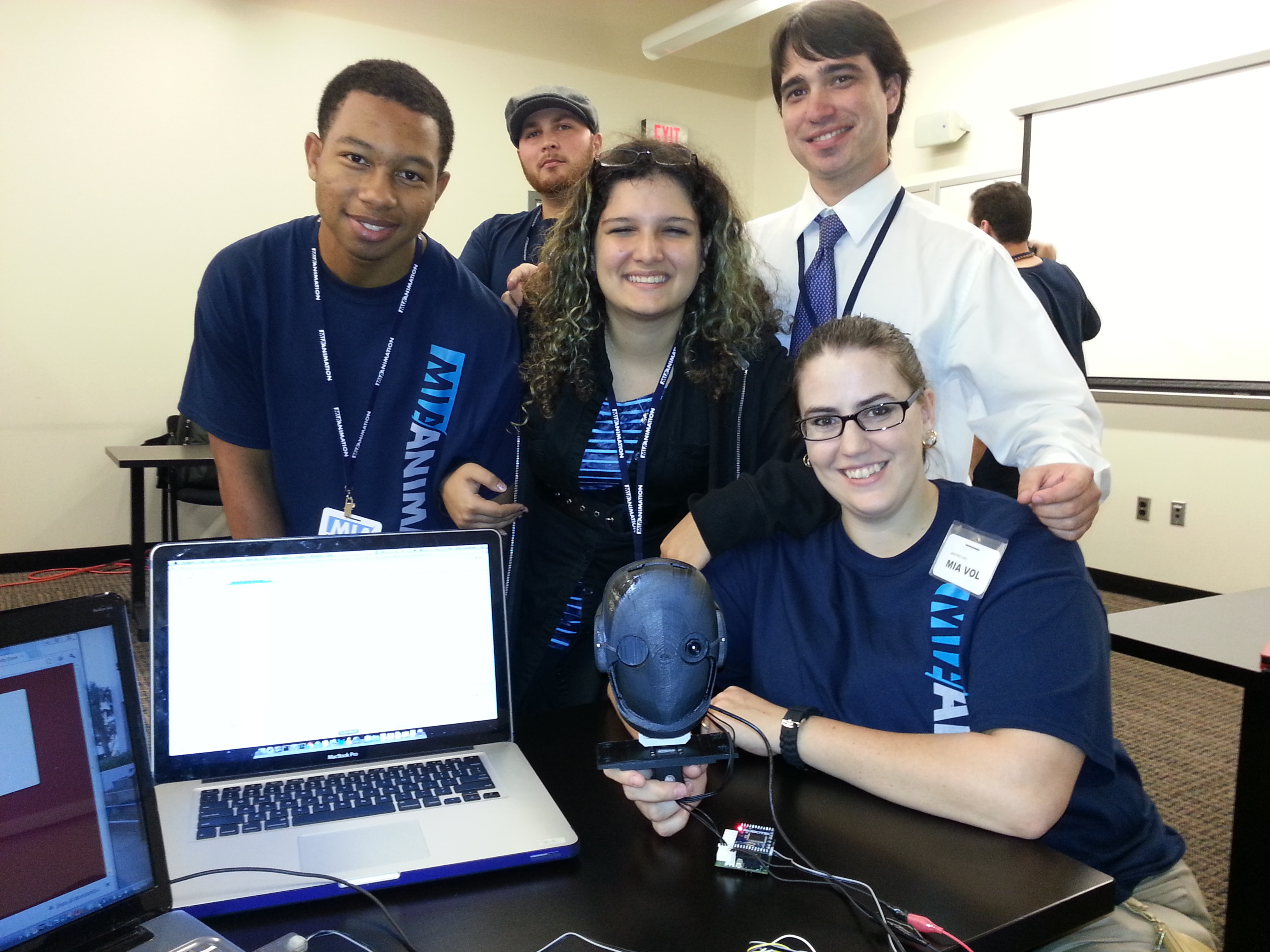 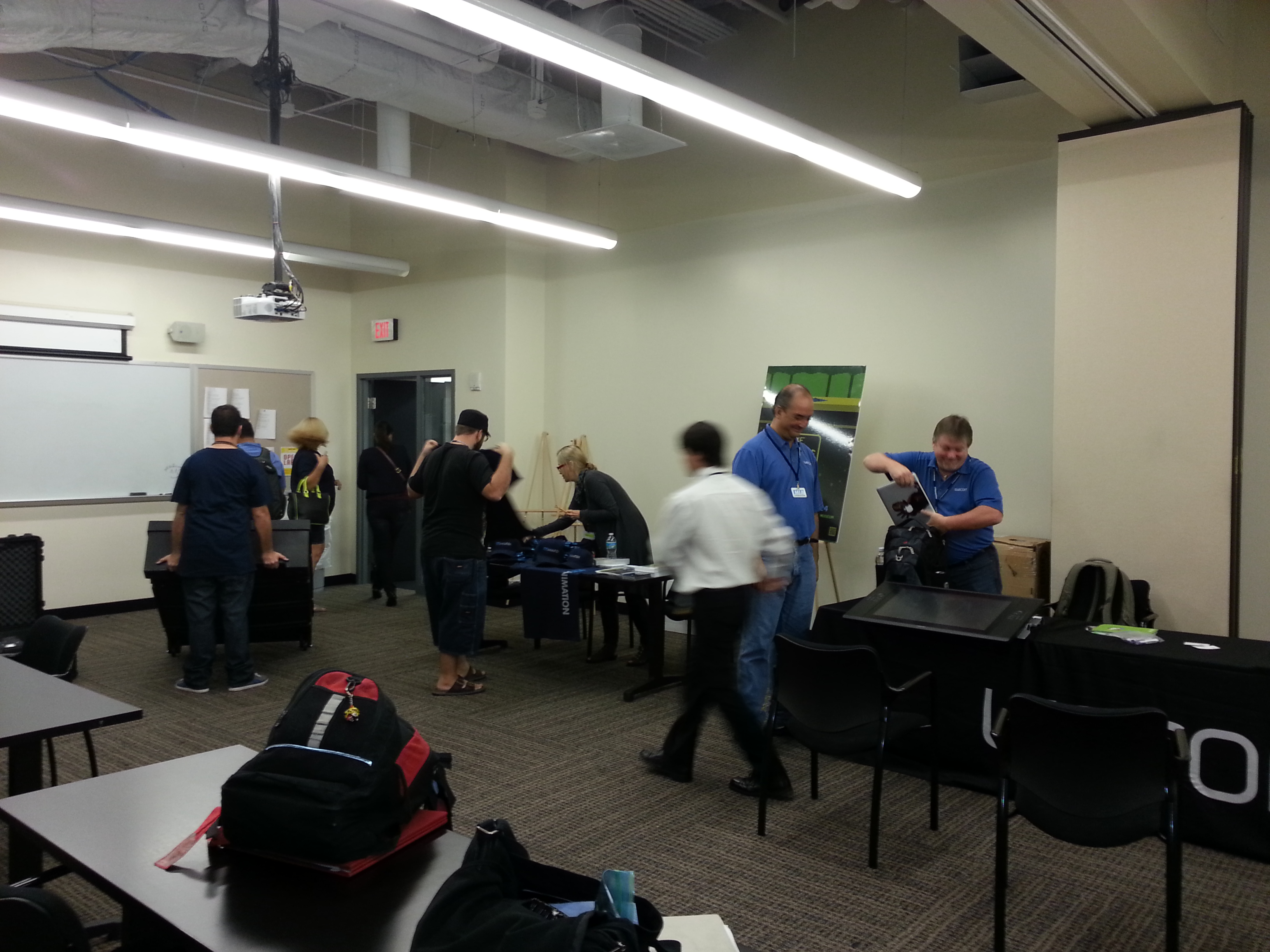 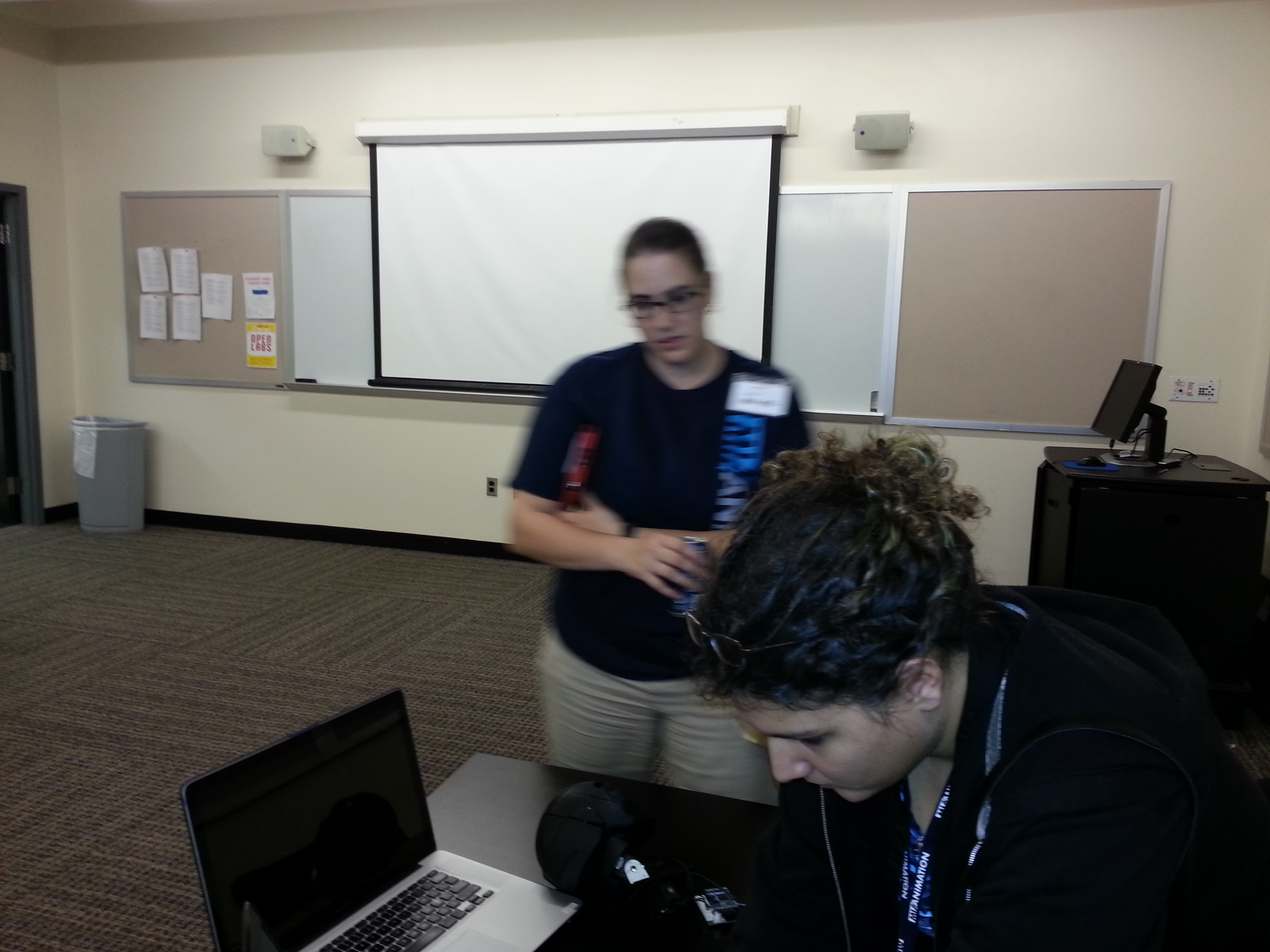 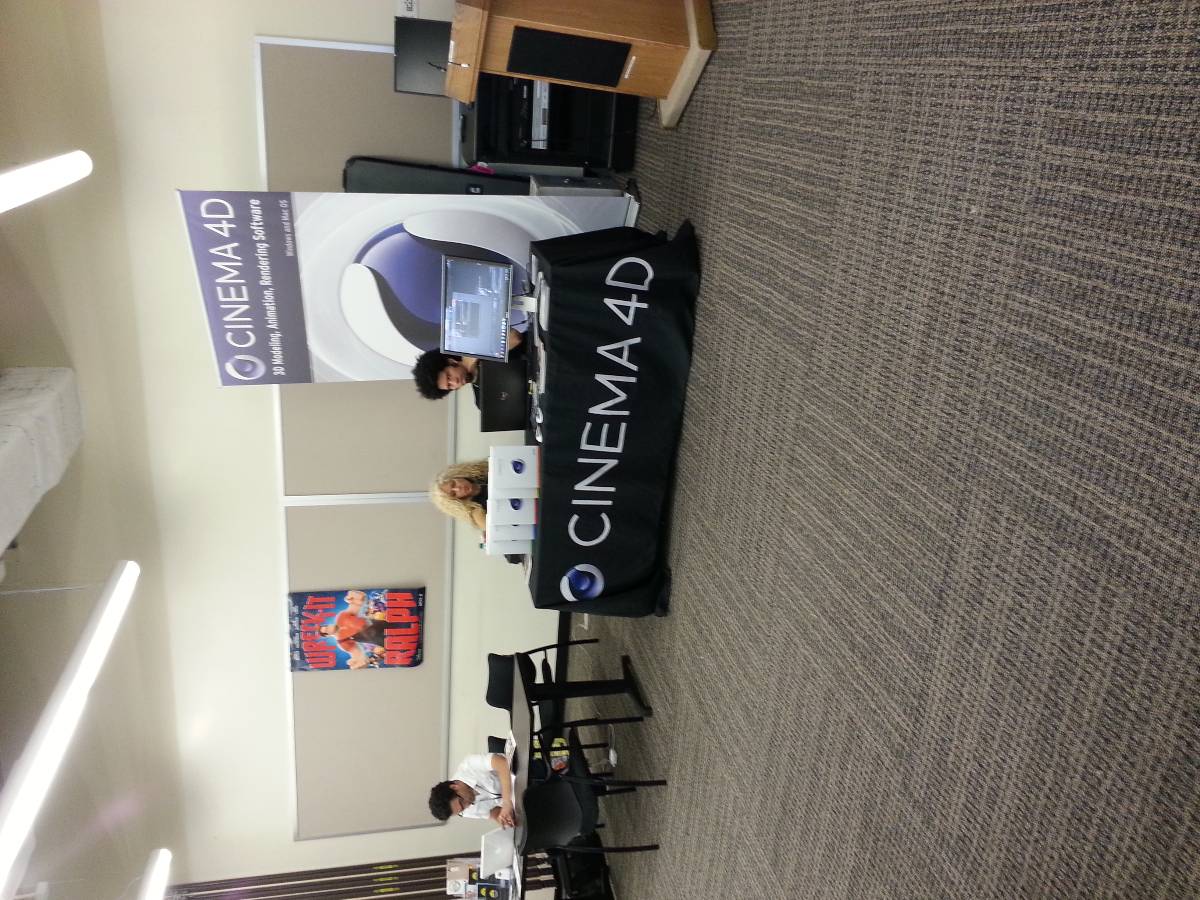 Mashable – These Robots Can Help Disabled Officers, Veterans Get Back to Work [VIDEO]

“Part man. Part machine. All cop. The future of law enforcement.” So read the original movie poster forRoboCop. While taglines like that might inspire you to break out your best movie-trailer voice-over impersonation, know that there may be some truth to your narration.

That’s because researchers at Florida International University’s Discovery Lab are working with Lieutenant Commander Jeremy Robins of the U.S. Navy Reserves to build patrolling, telepresent robots that could be remotely controlled.

“We want to use telebots to give disabled military and police veterans an opportunity to serve in law enforcement,” explained Robins in a university press release. “With telebots, a disabled police officer will be capable of performing many, if not most, of the functions of a normal patrol office[r] — interacting with the community, patrolling, responding to 911 calls, issuing citations.”

To manifest his vision, Robins donated $20,000 of his own money to Discovery Lab and borrowed two robots valued at $50,000 from the Florida Institute for Human and Machine Cognition (IHMC). Built under IHMC’s Urban Warrior Robot program, a $2 million DARPA initiative, the two-wheeled robots will be the basis for the telecop prototypes.

“On the flip side, it has to be approachable enough so that a lost three-year-old feels comfortable coming up to the telebot and asking for help finding her mother. That’s a challenging design problem, and one which I’m sure will take many iterations before we get it perfectly right.”

Story is featured on Discovery News