The Telebot was recently presented at Univision, a national Spanish-speaking channel. Through interviews such as this one, the Telebot has reached English speaking audiences and has spread throughout Miami and Latin American Spanish speaking community. The team was able to present the Telebot on live national television by Joel Villasuso and Irvin Cardenas, and emphasised the importance of the support from the Hispanic community to the development of the Telebot. The interview covered areas such as the origin, functionality, and possible future implementations of the Telebot. We hope to be invited to more such events in the future.

Click on the photo for the full length video. 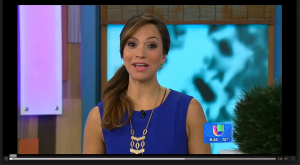 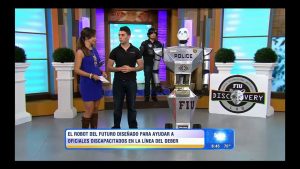